Besides supporting our agricultural systems, bees may point the way to life-saving treatments for devastating human diseases. 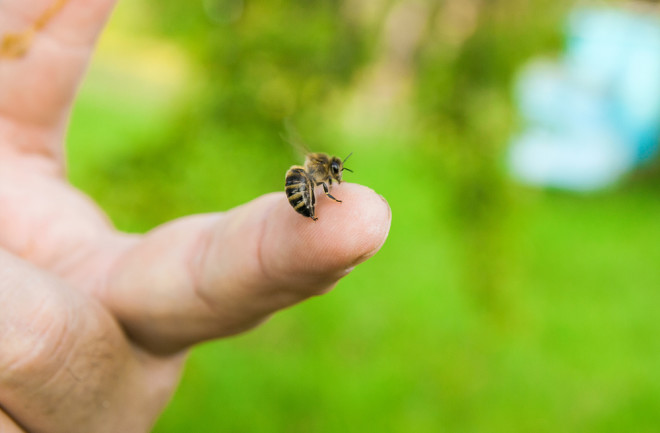 For around 3,000 years, people have sought out bee venom for its numerous health benefits when coupled with acupuncture, or even from a purposeful sting. While it may sound like a nightmare for some (particularly those with allergies), evidence increasingly suggests that a range of bee-derived substances can help address medical conditions that lack highly effective treatments.

Intentional bee stings can of course come with some significant hazards like anaphylaxis and even death. That’s why researchers are taking the sting out of the equation by isolating the most important components in bee products as they search for innovative drugs.

Bee venom contains several ingredients with pharmaceutical potential. These include melittin, a peptide found in the European honey bee’s venom that has attracted scientists’ attention since the 1950s. It’s now believed to confer a host of benefits, including immune system regulation and anti-inflammatory, antimicrobial and antiviral properties. For these reasons, melittin may be useful in tackling diseases like cancer, COVID-19 and Lyme, along with infections like HIV.

But labs have struggled to conceive drug delivery methods over the past two decades because melittin quickly degrades in blood and is difficult to target toward specific cells. A pioneering breakthrough may come from chemist and bioengineer Dipanjan Pan, who is currently looking into a melittin-based cancer therapy with his lab at the University of Maryland, Baltimore County and University of Maryland School of Medicine.

Amid calls for safer, more successful cancer treatments, Pan inspected toad, scorpion and bee venom for answers. “The philosophy of my research is biomimetics, or bringing inspiration from Mother Nature,” he says.

These animal poisons include toxins like melittin, which is considered a host defense peptide. Most multicellular organisms have these peptides to ward off disease, including humans, but only some creatures weaponize them in the form of powerful venom. Funnily enough, this toxin could end up saving human lives.

And it isn’t particularly difficult to create synthetic melittin in a lab, Pan says, which is optimal for drug development due to its convenience, quality control, and relative safety compared to crude natural sources.

The real challenge: designing an effective delivery method that squashes cancer growth but leaves surrounding cells healthy. Chemotherapy, for example, commonly causes patients to lose their hair because it damages follicles in the process. “That has been the key bottleneck in targeted [cancer] therapy,” he adds. “It boils down to: How can we make these venom peptides more selective and targeted to the cancer cell? It’s like finding a needle in a haystack.”

While at the University of Illinois, Pan's lab made headlines in 2014 after injecting melittin into nanoparticles that can attach to cancer cells. This method may be particularly beneficial in stomping out lingering cells that resist chemotherapy, the team proposed. Pan’s latest research, which was published in 2017, revealed that peptides like melittin could work by interfering with the DNA transcription that’s associated with cancer spread.

Another promising bee venom component: An enzyme called phospholipase A2, or PLA2, which is also found in venoms from animals, including snakes. Like melittin, these enzymes have also been shown to exhibit anti-cancer properties. Even more, PLA2 could mitigate Parkinson’s disease by reducing brain inflammation. Still, this evidence largely comes from studies on mice.

It isn’t yet clear how exactly phospholipase A2, or other components of bee venom, could tackle neurodegenerative conditions. The proposed mechanisms are largely speculation, says E. Paul Cherniack, a geriatrician and internal medicine professor at the University of Arizona who has written reviews on bee venom acupuncture and other crawly critters’ medicinal potential.

It’s also possible that melittin and PLA2 could work synergistically to treat conditions like cancer and bacterial infections, which could explain bee venom’s broader impacts.

The Pros of Propolis and Honey

Propolis, another practical bee product, is a resin-like mixture made by bees that’s composed of material from tree buds and their own saliva. They use it to build hives, but humans have long adapted the substance for their own benefit. Hippocrates may have applied it to wounds and ulcers, and it was listed as an official drug in 17th-century Britain. During World War II, Soviet clinics used propolis to treat tuberculosis. Nowadays, you can find propolis incorporated into products like lotion, shampoo, ointment and toothpaste.

Researchers are now looking to define propolis’ drug potential via cell, animal and, increasingly, human studies. It may strengthen the immune system and could fight damage from hazards like free radicals. After all, research indicates bees that produce higher amounts of propolis lead healthier, relatively longer lives.

Relatively small human trials have suggested that standardized doses of propolis are safe and could help alleviate ailments like diabetes, respiratory tract infections, asthma and chronic kidney disease. Of course, larger studies are needed to confirm these results.

Chemical compounds within propolis called polyphenols, which are naturally found in plants and therefore various foods and drinks (including wine), may explain some of these advantages. “Some of these polyphenols have been studied for a whole host of things, like treatments of various kinds of cancer and even to [slow] the aging process itself,” Cherniack says. “Polyphenols might even be useful even in affecting neurodegenerative diseases, cardiovascular diseases … anything involving inflammation.”

They’re also present in honey, a tasty food that may even play a role in protecting people from the harmful effects of radiation. Yet it’s difficult to discern how exactly the human body processes polyphenols, which limits scientists’ ability to develop drugs harnessing them specifically. It could therefore help to focus on administering propolis in controlled doses.

Despite the wide range of possible bee-derived treatments, we’re still far from an embrace by mainstream medicine. For one, researchers like Pan are still formulating how to safely and effectively utilize agents like melittin. In the case of cancer treatment, the goal is to design the nanoparticles containing melittin to activate only when they reach the cells of concern, Pan says. To complicate things, the body will likely try to reject these foreign objects — an issue he’s currently trying to work around.

Some teams have looked into gene therapy, which would introduce genes into people’s bodies that are coded to deliver melittin to cancer cells. Others have considered giving patients IV doses of melittin engineered to bind with these cells.

Yet the drug development process can take nearly two decades, Pan notes, when you factor in the numerous phases before possible FDA approval. The entire venture can cost hundreds of millions of dollars (sometimes in the billion range), and cancer research has struggled for funding amid federal spending cuts and pandemic-driven financial shortfalls.

Pan has encountered skeptical study reviewers who wince at the mention of bee venom, despite the use of isolated peptides that don’t carry the same dangers as the real thing. Still, he says, the evidence speaks for itself. “They have been proven, pre-clinically at least, with a strong efficacy,” he says. “These are tremendous results, but we do struggle getting funding for this kind of research.”