After Years on the Decline, Hepatitis C Is Returning — Primarily Among Millennials

Much to the surprise of public health officials, a once-declining disease is surging again and heavily impacting people who are under age 40. 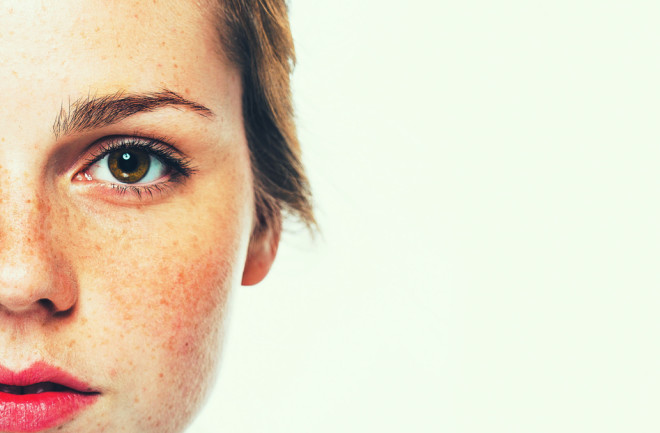 For a while, there was a chance that the U.S. might eliminate Hepatitis C. Few new cases were showing up, and most of those infected with the virus were Baby Boomers who had been living with the disease for decades. Hopes really soared when the first medications hit the market that that could eliminate — not just manage — the infection.

Sammy Saab, a hepatologist at the David Geffen School of Medicine at UCLA, was one of the physicians who thought the U.S. might soon be rid of the liver-targeting disease. That is, until new data rolled in showing that Hepatitis C was far from gone. “This came as a big surprise to everybody,” Saab says.

Between 2009 and 2018, the annual rate of acute Hepatitis C cases in the U.S. tripled. In 2018 alone, nearly 138,000 new cases were reported, according to a new report published by the Centers for Disease Control and Prevention. Instead of Baby Boomers, individuals between 20 and 39 years of age dominate those case numbers — all of which largely underestimate the true number of Hepatitis C cases in the U.S., as early stages of the disease often lack symptoms. The rise in cases has also pushed the CDC to issue new recommendations that every adult get tested for Hepatitis C at least once in their life, with every pregnant individual getting tested, too.

Though these new case numbers were a surprise, their culprit is clear: “Injection drug use is the primary risk factor for Hepatitis C in the U.S. for new infections,” says Rachel Gicquelais, a researcher with the Johns Hopkins Bloomberg School of Public Health studying infectious disease and substance abuse. A growing opioid epidemic means more individuals are potentially reusing or borrowing needles, providing the perfect opportunity for a virus that spreads via blood to infect someone new. To reverse the trend, health care providers will administer the same diagnostic tests and medications — but will have to overhaul their approach to reaching these new patients.

After becoming infected by Hepatitis C, someone might not feel any different and even manage to fight off the virus on their own. If the latter doesn’t happen, the individual develops what’s called “chronic” Hepatitis C. Untreated, the virus progressively damages the liver and can become fatal.

Most of the older individuals infected with Hepatitis C are in the chronic stage, says Saab. They also had possibly contracted the disease through blood transfusions or medical procedures. But there were a few clues that suggested the newest infections were coming from drug injection. Demographics with soaring Hepatitis C diagnoses were also reporting higher levels of drug use, Saab says. Outbreaks of the blood-borne illness were also appearing in regions that hadn’t dealt with the disease in the past, says Gicquelais, who helped set up the statewide Hepatitis C surveillance network in Arkansas.

At last count, the CDC estimated that 2.4 million Americans live with Hepatitis C, a tally that ended in 2016. “In order to stop Hepatitis C — which is a winnable battle — we have to radically transform the way we screen,” says Carolyn Wester, the director of the CDC’s Division of Viral Hepatitis. That’s why the organization now requests that every adult get tested for the disease — and tested regularly if they engage in “at-risk behaviors,” such as using drugs.

This expanded screening choice covertly addresses one of the biggest issues with detecting the newest wave of Hepatitis C cases: There’s a lot of stigma around injection drug use. Freely admitting a history of drug injection to a doctor can feel intimidating or embarrassing, Saab says. Screening everybody regardless of risk factors takes the burden of confession off someone in that situation.

To make that screening in the first place — and possibly follow-up medications — health practitioners will have to do a better job of accommodating the needs of individuals who inject drugs. If their most recent experiences with the health care system are only in emergency rooms, the individuals could benefit from having an ambassador that helps them navigate their Hepatitis C treatments. Saab and his team found this to be the case when helping homeless individuals who inject drugs in Los Angeles access Hepatitis C testing and treatment. Hepatitis C care should also include what Gicquelais calls “wrap-around” services, like transportation to medical facilities, telemedicine and letting people take medications home with them.

Preventing any further infections is essential, too. To do that, it’s time for the U.S. to provide those who inject drugs with more sanitary and safe ways to do so, Gicquelais says. The sources of these infections are borrowed or unclean syringes, and there are already a few programs in the U.S. that pass out sterile equipment and provide the emergency medicine that helps reverse overdoses.

So far, there are no safe injection sites in the U.S. Research indicates that these facilities, which shelter anyone who arrives and provide medical staff to respond to overdoses, might decrease the number of deaths due to overdose, ambulance calls and number of HIV infections. Additionally, safe injection sites could serve as a way to transition care from one facility to the next, and help a patient make a leap into treating a Hepatitis C infection, Gicquelais says.

Rounds of Hepatitis C treatment take eight to 12 weeks of taking pills — after that, a vast majority of people are cured. And it’s clear medical professionals are starting to see the need for innovative treatment strategies to get this medication into the hands of those who need it. Some colleges and universities are offering education programs that merge infectious disease and addiction or psychiatric care, Gicquelais says. She’s joining the faculty of one such nursing program at the University of Wisconsin-Madison next year.

With expanded testing and new attitudes, we might be able to eliminate at least one lingering disease prejudice — one Saab was surprised to confront. “I gotta tell you, I didn’t believe it,” he says, “but think there is still a stigma with hepatitis, even in 2020.”

How the Pandemic Has Changed Our Relationship With Technology