Adults Are Getting More Food Allergies. Scientists Still Aren’t Sure Why 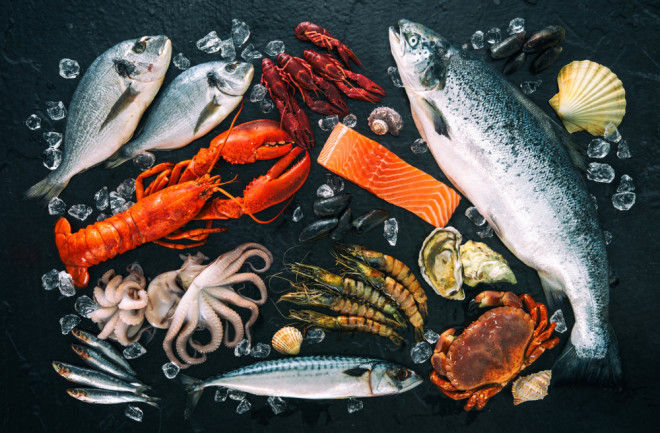 Food allergies, including those to seafood, are becoming more common. (Credit: Alexander Raths/Shutterstock)

All your life, you’ve delighted in the subtle, sweet taste of fresh shrimp. Until one day, when you bite into it and find yourself beset by itching hives and a swollen throat.

An unexpected food allergy seems to be a common experience for some adults in America, according to a recent study. Though the issue is often associated with children, researchers found that 1 in 10 grown-ups also had a food allergy, and that for half of them, it was a recent development. The find mirrors other studies that have found increasing rates of adult-onset allergies in recent years.

“It was really shocking,” says Ruchi Gupta, a professor of pediatrics at Northwestern University and the lead author of the study. “What’s happening where so many people are developing a new food allergy as an adult?”

She and her colleagues surveyed more than 40,000 U.S. adults in 2015 and 2016 and found 10 percent said they were allergic to some kind of food or ingredient. Topping the list were allergies to shellfish, milk and peanuts.

Extrapolating from that sample, somewhere around 26 million American adults might be allergic to food, about double previous estimates. To Gupta, it suggested the phenomenon was ripe for investigation.

The trend may not be so straightforward, though. Thomas Casale, chief medical adviser for operations with the nonprofit Food Allergy Research & Education, noted the shortcomings of patient self-reporting. Studies show that anywhere from 25 to 80 percent of self-reported food allergies aren’t true allergies. Even professional diagnoses with lab tests can produce false positives.

Other allergists are skeptical of the very idea of adult-onset food allergies, at least when it comes to the most severe, dangerous kind: anaphylaxis. The life-threatening condition can restrict airways, induce vomiting and lower blood pressure, and requires an epinephrine injection.

Jay Lieberman, vice chair of the American College of Allergy, Asthma & Immunology’s Food Allergy Committee, said he frequently traces reactions to something other than allergy.

“When you actually test them, you find out that food ‘X’ is a red herring,” he says. “There might have been other things going on that you’re not privy to.”

He noted that people commonly mistake less serious conditions, like oral allergy syndrome (in which the reaction is usually limited to slight swelling and tingling around the mouth), for true food allergies that can swiftly land a person in the emergency room. Because the latter can be deadly, Lieberman said it’s important to understand the differences.

If a patient told him they had been struck by an allergy for the first time in adulthood, he said he would look for virtually any other cause before settling on allergy.

“Scientifically,” he said, “I don’t have any explanation in the world to explain how your body can switch its immune response overnight to an allergen it tolerated all your life.”

However, Gupta said she ruled out all but the truly convincing food allergies in her study. If the symptoms indicated some other condition, like oral allergy syndrome or gastrointestinal issues, she disqualified them.

It’s true there isn’t yet a sound explanation for why new allergies might materialize in adulthood. Perhaps it has something to do with moving to a new environment, or hormonal changes during pregnancy and menopause. Or the sudden susceptibility might be connected to other illnesses, or to the antibiotics used to ward off those illnesses. As Casale put it, “there are many theories, but no definitive conclusions.”

And Gupta understands the skepticism. If a child falls into anaphylaxis after eating a peanut, her parents will obviously take her to a physician. But adults experiencing the same symptoms may just brush them off or avoid the offending food (only half of the people who seemed to have a true food allergy had been diagnosed). If people aren’t going to the doctor, she said, then doctors won’t be aware of the trend. But after seeing the data, she’s convinced.

“I cleaned [the data] so many times because I thought this can’t be, this many people can’t have a food allergy,” she said. “I can’t even tell you how much time I spent looking at the numbers and verifying.”

The first paper Gupta published based on the survey focused broadly on all adults with food allergies, including those who’d had them from childhood. In the next couple months, she said, she and her co-researchers plan to submit a new paper specifically on adult-onset food allergies.

“I think by getting this data, it’s going to then just encourage more research on the adult population, which I think is very much needed,” she said. “I think it’s an area that’s very ripe for research.”