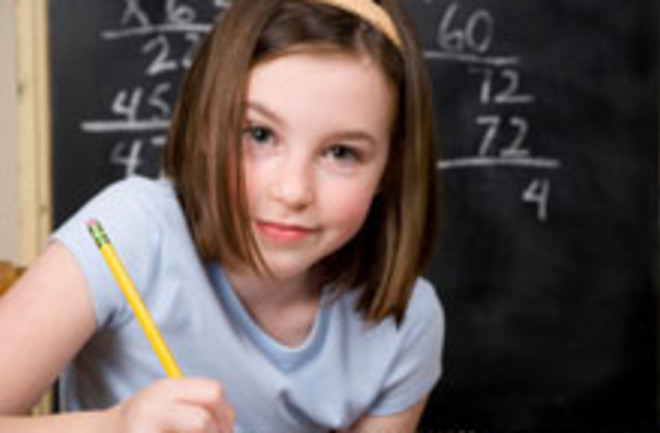 Girls around the country are starting puberty ever younger, says a new study out in Pediatrics. Researchers led by Frank Biro studied more than a thousand girls between six and eight years old from New York, Cincinnati, and San Francisco. Their findings: By the age of 7, about 23 percent of black girls, 15 percent of Hispanic girls, and 11 percent of white girls showed enough breast development to be considered pubescent. Those numbers are even more extreme than the findings of a similar 1997 study that seemed to show the age entering puberty was dropping fast. Says Biro:

"In 1997, people said, 'That can't be right; there must be something wrong with the study'. But the average age is going down even further" [Los Angeles Times].

The starkness of Biro's statistics has drawn plenty of attention. But just what it means is a difficult question, because there's no "ideal" age for entering puberty.

A girl needs a certain amount of body fat to start menstruating, and girls who are malnourished or ill may have delayed puberty. In developed countries, the age of puberty dropped from the 19th to 20th centuries, as nutrition improved and infectious diseases were brought under better control, and it was seen as a sign of progress [The New York Times].

However, seven and eight years old might be "too young," given the possible psychological and medical effects. Going through puberty early might affect cancer risk by increasing one's lifetime exposure to hormones like estrogen and progesterone, which can speed tumor growth in some cases. There are probably other consequences yet unknown. And then, Biro says, there's the concern of one's physical and emotional maturity moving at different rates:

“For the 11-year-old that looks like she’s 15 or 16, adults are going to interact with her like she’s 15 or 16, but so are her peers."... Girls who develop young “look physically older,” he said, adding, “It doesn’t mean that they’re psychologically or socially more mature” [New York Daily News].

recently have picked up the same phenomenon. Biro's study can't address that part, but he has some ideas.

He speculates that its primary driver may be overweight and obesity, because estrogen is sequestered in fat tissue. But environmental exposures to chemicals — including pesticides and endocrine-disrupting chemicals like bisphenol A, commonly found in plastics, and phthalates, which are contained in many personal-care products — could also play a role [TIME].

DISCOVER: Growing Up in a Hurry

80beats: This Is Your Brain on Puberty: Study Probes Why Learning Slows for Teens