A Global Success Story: Deadly Cattle Disease Is Wiped Off the Planet 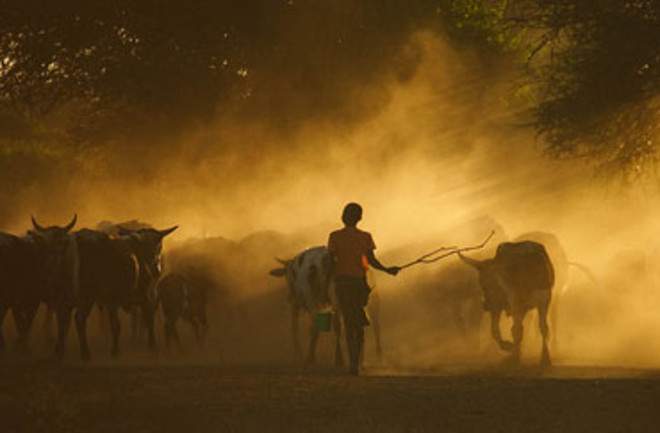 Goodbye and good riddance, rinderpest. For only the second time in history, humans have eradicated a disease through a long, slogging campaign of vaccinations and global alertness.

Rinderpest, which means “cattle plague” in German, does not affect humans, though it belongs to the same virus family as measles. But for millenniums in Asia, Europe and Africa it wiped out cattle, water buffalo, yaks and other animals needed for meat, milk, plowing and cart-pulling. Its mortality rate is about 80 percent — higher even than smallpox, the only other disease ever eliminated. [The New York Times]

has been scanning the world for outbreaks, but the agency hasn't seen a case since 2001, when one popped up in Kenya. Now that nine years have passed without a murmur of rinderpest, the agency says it's confident that the virus has been wiped out. In the wild, at least. There are still some vials of virus in veterinary labs:

Still to be decided is how much virus to keep frozen in various countries’ laboratories, along with tissue from infected animals and stocks of vaccine, which is made from live virus. Virologists like to have samples handy for research, but public health experts, fearing laboratory accidents or acts of terrorism, usually press to destroy as much as possible. [The New York Times]

Related Content: 80beats: Did the Eradication of Smallpox Accidentally Help the Spread of HIV?

80beats: Will Polio Be the Second Disease Eradicated From the World?

80beats: “Affliction With Little Dragons” Could Be the First Eradicated Human Parasite