Healthy sheep are born from an artificial placenta. 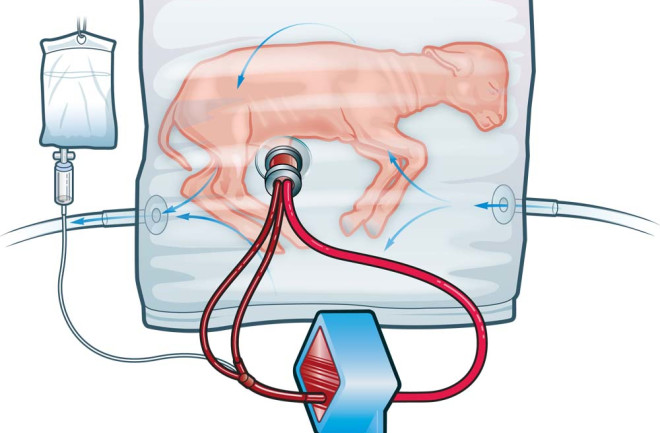 In a potential breakthrough for human babies born prematurely, scientists announced this year they’d successfully removed lamb fetuses from their mother’s wombs and raised them into healthy sheep. Their survival comes thanks to an artificial placenta — called a BioBag — created by researchers at the Children’s Hospital of Philadelphia.

The fake womb consists of a clear plastic bag filled with electrolytes. The lamb’s umbilical cord pulls in nutrients, and its heart pumps blood through an external oxygenator. The success caps a decades-long effort toward a working artificial placenta.

The BioBag could improve human infant mortality rates and lower the chances of a premature baby developing lung problems or cognitive disorders. But there are still challenges to scaling the device for human babies, which are much smaller than lambs. The scientists are also refining the electrolyte mix and studying how to connect human umbilical cords. They expect human trials in three to five years.