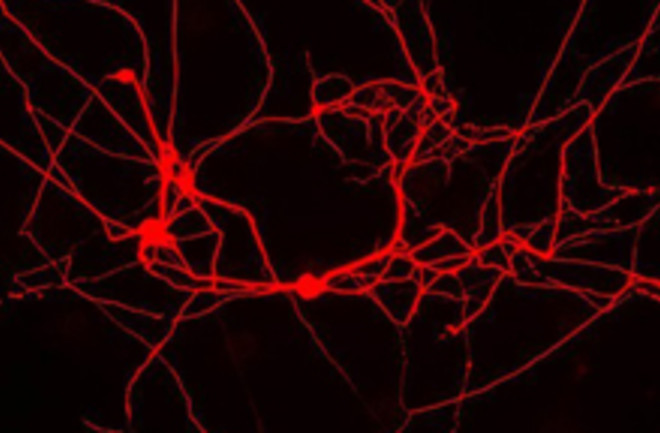 Cells just keep surprising us. Researchers have now found that, with a little genetic tweaking, they can transform skin cells into brain cells without having to first reprogram them to act like multipurpose stem cells. This finding, the first of its kind, is in this week's edition of the journal Nature. The researchers did their study on mice.

They induced the change by inserting only three genes into cultured skin cells. Once those three genes activated, the skin cells converted into fully functioning nerve cells that even formed synapse connections with the other converted nerve cells [Popular Science]

"These are fully functional neurons. They can do all the principal things that neurons in the brain do" [AFP]

. Four years ago, when researchers figured out how to turn adult cells back into a pluripotent state, where they can then become any cell type in the body, it opened up many new research avenues (and raised hopes of getting around the controversy that dogged embryonic stem cell research). But making these induced pluripotent stem cells is a complex process. This study's approach removes the entire middle step, making the leap directly from one kind of cell to another. There's another major advantage: pluripotent cells can also grow into tumors, so skipping that step reduces the risk of cancer. If this new approach worked in people, the medical consequences could be impressive.

. That could take some time, because not only was this study done on mouse cells, but the scientists also aren't 100 percent sure how the process works. When scientists convert adult cells to an embryonic state, they can just strip out epigenetic markers (overlying mechanisms that determine which stretches of DNA are active in the cell, and therefore how the cell will function). Team member Qiao Zhou says the new process requires more precision. "But when directly reprogramming from one somatic cell to another, you cannot randomly remove epigenetic marks," says Zhou. "You have to remove some and add some and keep many intact. Recognizing which to leave alone and which to change is the key" [