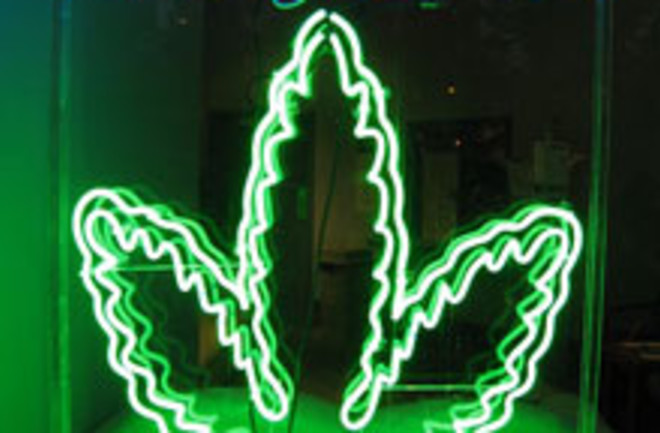 Even as California sinks under a massive budget crisis, the $8.7 million the state used to research the use of marijuana for medical purposes now seems money well spent. The state-funded Center for Medical Cannabis Research at the University of California, San Diego has confirmed

that pot is effective in reducing muscle spasms associated with multiple sclerosis and pain caused by certain neurological injuries or illnesses, according to a report issued Wednesday [The New York Times].

In four clinical trials, participants suffering from multiple sclerosis, AIDS or diabetes, along with healthy volunteers injected with a chili pepper substance to induce pain, were randomly assigned to receive cigarettes filled with marijuana

[The New York Times]. The researchers reported that not everybody who smoked marijuana felt better--but a substantial percentage of those who were in pain said they felt better, and the figure was comparable to the percentage of people who experienced relief after taking other pain medications. "I think that clearly cannabis has benefits," said Dr. Donald I. Abrams, a San Francisco oncologist who led that study. "This substance has been a medicine for 2,700 years; it only hasn't been a medicine for 70" [Los Angeles Times].

The federal government currently views marijuana as an illegal substance with no medical value--but this unusual set of studies sanctioned by California could cause lawmakers to question that categorization.Said State Senator Mark Leno:

"This is the first step in approaching the (U.S. Food and Drug Administration), which has invested absolutely nothing in providing scientific data to resolve the debate" [San Francisco Chronicle].

Anyone who can get a doctor to write a recommendation, based on just about any medical condition, can buy marijuana in California [Wall Street Journal].

Doctors who conducted the study, however, noted that people who smoke pot must be mindful of what they are inhaling. They pointed out that inhaling any smoke brings potential cardiovascular risks, and also mentioned that their patients reported some mild side effects, including dizziness.

The results of the study come at a time when further funding for the program seems unlikely because of California's budget crisis. But a

California ballot measure that would attempt to legalize the drug’s use by adults 21 and older is likely to come to a vote later this year [Wall Street Journal].