Around the world, climate change will force people to migrate to more livable locales. But no one knows exactly how many will be displaced. 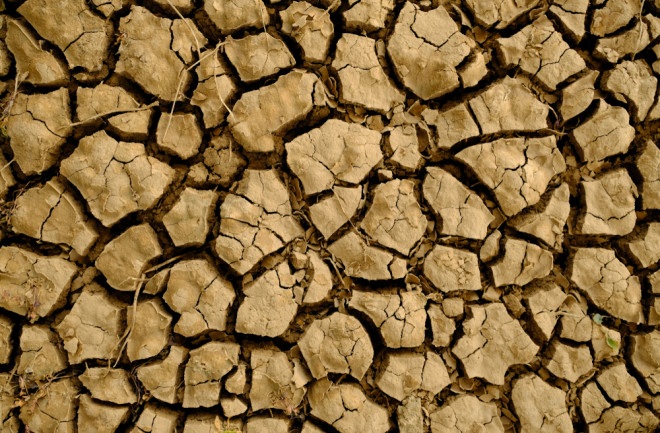 Humans are, for better or worse, versatile. We’ve colonized a remarkable diversity of habitat, establishing ourselves in the poles, the tropics and nearly everywhere in between. Still, there are environments and conditions we just can’t adapt to (at least at scale), and their share of the planet’s surface is growing thanks to the onslaught of climate change.

The result, scientists warn, will be expanding patches of uninhabitability. Barring some drastic changes, warming in the near future will evict many from the places they call home.

Estimates vary widely for how many people will be displaced as global temperatures climb. Due to the layered uncertainties surrounding climate change — like whether humans will curb emissions and how migration trends will evolve — there is no authoritative guess. Some experts predict tens of millions of refugees; some hundreds of millions, or even billions.

A World of Migrants

One recent and especially dire study projects that if we continue to burn fossil fuels at the present rate for the next 50 years, as many as 3 billion people may need to move to survive. The authors reached that number by establishing humanity’s “climate niche,” the surprisingly narrow conditions under which our species seems to thrive, and modeling how it will shrink in the coming decades.

Though we might imagine we have mastered every environment, the researchers found that the vast majority of humans, now and throughout the past 5,000 years, have occupied only a small subset of the territory available to them. Those places tend to average between 50 and 60 degrees Fahrenheit, roughly. “It seems that there is something quite fundamental that makes humans work best around that particular temperature,” says Marten Scheffer, a mathematical biologist at Wageningen University.

The Sahara, by contrast, boasts an average temperature of 86 degrees, far above our Goldilocks zone. Today, Scheffer and his colleagues report, the world’s harshest desert covers just 1 percent of global land. But in 50 years, comparable conditions could overrun nearly 20 percent, encompassing the range of the aforementioned 3 billion people.

The Spurs of Warming

In this hypothetical — but perhaps not unlikely — future, what factors would ultimately drive humans to milder climes?

The direct effect of heat isn’t the sole problem, though it is cause for alarm. Our bodies simply can’t keep cool enough when the wet-bulb temperature (a measure that combines temperature and humidity) exceeds 95 degrees Fahrenheit. During heat waves of that intensity, the mere act of moving around outside is deadly — forget the manual labor required to keep society functioning. Studies predict such heat waves will be more common in the future, notably in the Persian Gulf and in South Asia, which includes a fifth of the world’s residents and many of its poorest. Parts of the American South and Midwest may face similar trials.

That said, those events will still be waves, relatively rare and thus avoidable to some extent. The death toll will rise, no doubt, but day-to-day temperatures won’t hover at that lethal threshold. One danger that will become unavoidable, however, is sea level rise, which already routinely inundates numerous major cities and coastal communities, and threatens to strand hundreds of millions of people below the high-tide line by the end of the century.

Another hurdle we may face is agricultural failure: As our climate niche contracts, it will become more and more difficult to grow enough food to sustain the large populations we’ve spawned. The bulk of livestock and crop production is confined to fairly moderate regions, and, strikingly, studies have found that even non-agricultural economic output falls as temperatures stray outside the optimal window.

In short, humans can (and do) survive in severe climates, but not with lifestyles and societal structures of great complexity — not by the millions. If warming proceeds unabated, hospitability will recede inland and northward, forcing a redistribution of our species. “If humanity would want to stay living in the conditions that have served them best for thousands of years,” Scheffer warns, “one third of the global population would need to move.”

To Flee, or Not to Flee?

Right now, only about 280 million people, or 3.6 percent of the global population, live outside their country of birth. Most of them aren’t refugees. Yet even that trifling ratio has stirred tension around the world and, as Scheffer notes, “we are looking at more than 10 times that number, potentially.” Again, his team’s estimate is much higher than most. Figures around 200 million are most common (though that isn’t exactly a sunny number, either).

Or maybe it won’t ever get that bad. Migration patterns are wildly unpredictable, maybe even more so than weather patterns. Nobody wants to surrender their homeland, and the correlation between temperature and exodus is anything but clear-cut. In many cases, the ties that bind can withstand devastating natural disaster.

Besides, some experts find the discourse on uninhabitability and migration overly fatalistic. Too often, they argue, it assumes a false binary, a migrate-or-endure dilemma that undervalues human ingenuity. “There is a risk that such climate determinism minimizes the potential for human agency to find creative, locally appropriate solutions,” a group of environmental researchers from Columbia, Princeton and Oregon State University wrote earlier this year in a paper in Science.

We should take seriously the threat posed by declining habitability, the scientists say. But we also ought to see what insights we can glean from the social, political and geographical circumstances of the most at-risk places. A deeper understanding of these details could inform local policies, reveal new ways to adapt, and stave off a future in which a massive number of people worldwide are uprooted. After all, what’s the alternative?