Whither the Valdez? ExxonMobil Cuts Cash for Global Warming Deniers 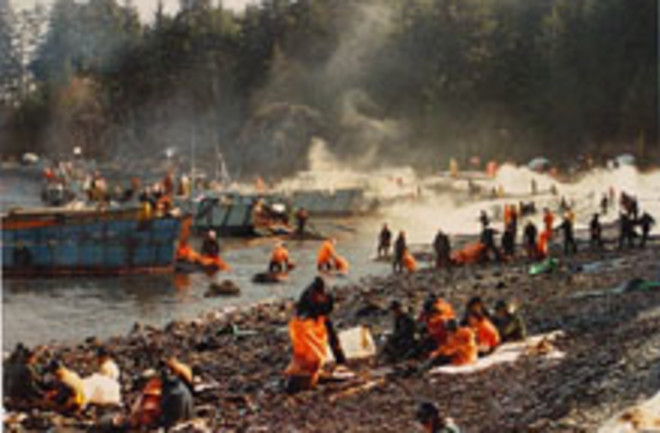 In 2000, British Petroleum shortened its name to BP and adopted the slogan "Beyond Petroleum," complete with a new yellow and green earthy logo. Then Chevron rolled out their new slogan, "Human Energy," and broadcast commercials promising to become part of the solution to the world's energy and pollution problems. Now, the greening of oil companies' public image has reached one of the environmentalist movement's favorite punching bags: ExxonMobil. ExxonMobil representatives announced they will stop funding nine think tanks and interest groups that have repeatedly denied that global warming is a serious threat. One group axed was the George C. Marshall Institute, which churns out books and lengthy reports challenging the findings of the Intergovernmental Panel on Climate Change, particularly targeting the conclusion that a scientific consensus considers global warming a real—and human-caused—problem. Organizations like the Institute for Energy Research, the Frontiers of Freedom Institute, and the Committee for a Constructive Tomorrow had spent $23 million of Exxon's dollars in the last 10 years, according to The Guardian, to plant seeds of doubt about global warming and prevent government action. Greenpeace's blog claims that even with the cuts to those nine, ExxonMobil still channels cash to 28 other global-warming-denying groups. But this announcement was the first time that the oil giant has publicly conceded that deniers detract attention from researching clean and viable alternative energy sources. And, interestingly, this minor change of heart was spurred by the Rockefeller family, big-time shareholders in ExxonMobil, who have been pressuring execs to go greener. Cutting funds to a few interest groups might have been simply a move of appeasement, as the company held its annual shareholders meeting in Dallas yesterday with the Rockefellers in tow. But a baby step is better than nothing.