Where to Put Thousands of Casks of Toxic Mercury? Not in My Backyard. 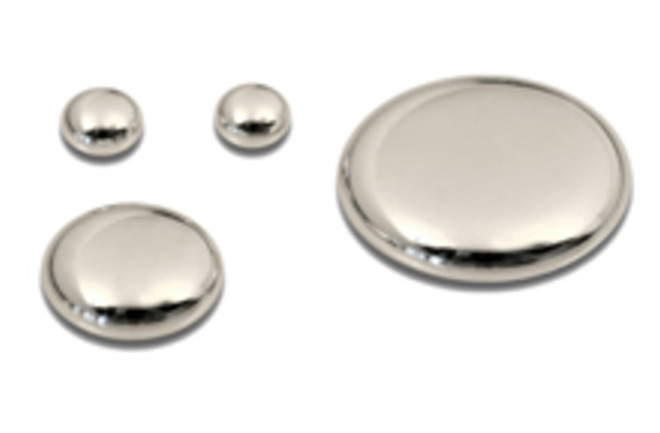 A new political fight is brewing over where to locate a mercury storage facility, as state officials and residents around the seven sites in consideration have grown alarmed at the prospect of the federal government forcing thousands of casks of the toxic metal on them. Ironically, the conflict began when the federal government passed a law to forbid sending the dangerous metal abroad, but nobody seems eager to keep it at home. Last year, then-Senator Barack Obama sponsored a bill

to bar mercury exports beginning in 2013, and President Bush signed it. The bill also requires the Department of Energy to identify a safe, long-term storage site for up to 17,000 tons of mercury, which is so dense that it would fill less than half of an Olympic-size swimming pool. That includes stockpiles held by the federal government, as well as commercial supplies [AP].

The seven sites in consideration for the storage facility are scattered across the country, in South Carolina, Missouri, Colorado, Nevada, Idaho, Texas, and Washington. Mercury can cause serious developmental problems in children, and can also impair cognitive and motor functions in adults.

, explained Susan Keane, a scientist for the Natural Resources Defense Council. Protests regarding the proposed storage facility have already popped up in each area that's under consideration. The city council of Kansas City, Missouri has passed a resolution opposing the facility, while the angry Idaho governor vowed to fight it. But some say the facility would pose no danger.

Opponents of the proposal made it sound as though it called for mercury to be poured into a hole in the ground, said Jack Kingsley, a retired physicist. Mercury “is not that hard to seal up,” Kingsley said. “A lot of the concerns have been overblown.” Plans call for the construction of a building of about 150,000 square feet that would hold thousands of 76-pound steel flasks, each containing 2.5 liters of the liquid, silvery metal.... The building, which would look much “like a Wal-Mart or a Costco,” would have sealed concrete floors that would contain any leaks, said David Levenstein of the Energy Department [Grand Junction Sentinel].

Related Content: 80beats: Andean People Discovered Mercury Mining—and Mercury Pollution—in 1400 B.C. 80beats: FDA Report: Fish Is Good for Brains Despite Mercury Risk DISCOVER: Our Preferred Poison, mercury is everywhere DISCOVER: Do You Really Want to Eat That Tuna? DISCOVER: How to Tell If You're Poisoning Yourself With FishImage: iStockphoto