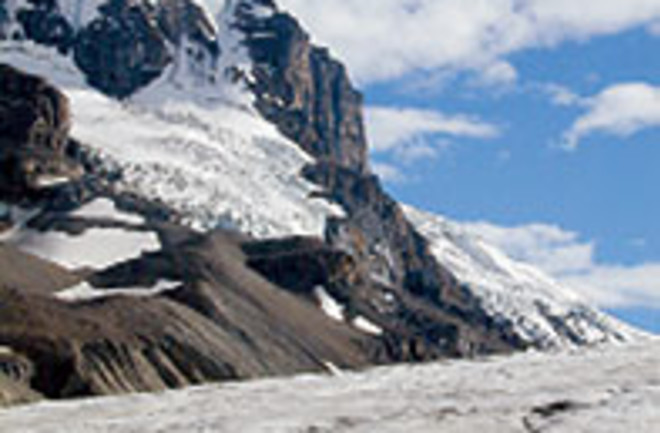 The Sierra Nevadas may look heavy, but they float like icebergs atop denser rocks in Earth’s mantle. | Courtesy of Mihai Ducea

You wouldn’t know it to look at their sturdy sides, but California’s Sierra Nevada Mountains are bobbing upward, untethered to the layers of rock underneath. This unorthodox behavior, uncovered by seismologist George Zandt and colleagues at the University of Arizona, solves a long-standing puzzle about how this majestic range formed.

Most mountain ranges rise up where two plates—large sections of Earth’s crust—collide and buckle, explains Zandt’s collaborator Mihai Ducea. Normally, where the crust buckles, the lightweight part underneath, called the root, buoys the rock above it upward. The Sierras, however, sit near a boundary where two plates slide past each other, and they seem to lack roots. “This is one place that plate tectonics failed, because it doesn’t explain the formation of the Sierra Nevadas,” Ducea says.

To pin down that origin, the researchers tracked faint earthquake waves as they passed up through the neighboring valley. A telltale hiccup that normally marks the boundary layer between the crust and the mantle, called the Moho, was oddly missing, they discovered. “This was the smoking gun that told us what happened,” Ducea says.

He concludes that an unusually dense layer of rock made up the root in this region. That kept the surface anchored down. About 10 million years ago, the dense material started to break off and fall into the mantle. The lighter surface rocks popped up like a cork in water, producing the Sierras, while the root plunged into the mantle, obliterating the Moho in the process. Seismic studies by other teams even yielded a picture of this downward drip, showing its descent beneath the San Joaquin Valley as it seemingly tilts part of the Sierras westward.