What Killed Off the Woolly Mammoths? 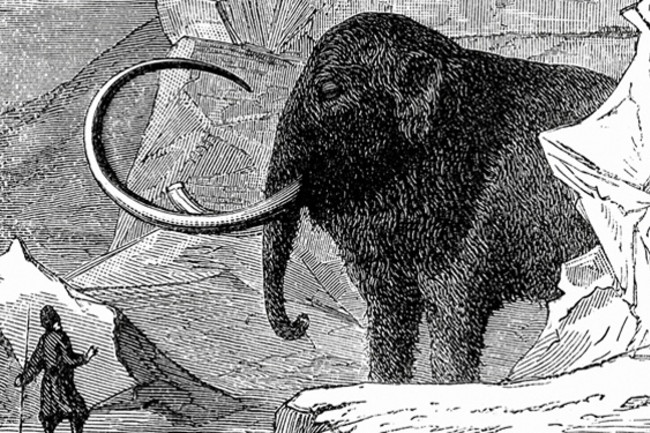 Ever since the early 1700s, when scientists such as Irish physician and collector Hans Sloan began studying the fossilized teeth and tusks of Siberian woolly mammoths, researchers have debated what caused the demise of these Ice Age behemoths. Furry cousins of modern elephants, mammoths stomped their way across northern Eurasia and North America beginning 300,000 years ago. But between roughly 10,000 and 20,000 years ago, all except a few isolated island populations disappeared. Scientists believe the last of them may have died on Russia’s Wrangel Island in the Arctic around 1700 B.C.

In the early 20th century, 11,000-year-old cave paintings of woolly mammoths were found in France, suggesting, along with other discoveries of that time, that the creatures once lived side by side with humans. “Then came the chilling question: Were humans responsible?” says Glen MacDonald, a professor of geography, ecology and evolutionary biology at UCLA.

According to one hypothesis, prehistoric humans hunted most of the mammoths out of existence soon after coming into contact with them. But some researchers have argued that the transition from the frigid climatic period known as the Last Glacial Maximum (LGM) — about 20,000 to 25,000 years ago — to the current warm Holocene Epoch brought habitat changes that killed off the mammoths with little or no help from humans. Evidence of the impact of one or more extraterrestrial objects 13,000 years ago in northern North America has led some scientists to posit that those events dramatically changed the climate, eventually wiping out the species.

Today, it’s believed that a combination of factors eliminated the mammoths, but determining exactly how it happened has been hampered by the scope of the mystery: “It’s a huge jigsaw puzzle that goes over thousands of years and extends across continents,” MacDonald says.

To get to the bottom of things, he mapped the ages and locations of 1,323 woolly mammoth remains and 576 archaeological sites, and he merged them with data from plant and pollen records, and climate change information from ice cores in Greenland. MacDonald’s analysis, which covered 45,000 years, combined the most data points ever used in a mammoth study.

“It was really a complex history and geography we saw appearing before our eyes,” MacDonald says. The fact that humans lived alongside the mammoths for tens of thousands of years in Siberia suggests that we were just one more factor in their long goodbye. “The idea that … the presence of humans alone is fully responsible for the extinction is not tenable,” he says.

His analysis showed that the LGM — when annual temperatures in northernmost Asia and northwestern North America were some 12 degrees Celsius lower than today — likely reduced the northern populations of mammoths as grasslands froze over and food became sparse. Then the climate warmed. The northern populations began to recover as the cold, dry, grassy steppes that fed them in their heyday returned, but mammoths in warmer central and southern Siberia died off when forests and peatland — and humans — moved in.

All of these changes drove mammoth populations down and reduced their geographic range, MacDonald says, making them “very vulnerable to even slight increases in hunting pressure from humans.”

Another devastating cycle of cooling and warming followed: a sudden, brutal cold snap called the Younger Dryas around 13,000 years ago, followed by rising temperatures in the current Holocene Epoch. The remaining mammoths in North America and Asia, as well as most of the beasts on the Arctic islands, had by then disappeared.

As for the final deathblow — the killer that claimed the last holdouts isolated on the islands as sea levels rose — that may always remain a mystery. It could have been natural forces, disease or hunters who came by sea. Considering the possibility that humans killed the last remaining woolly mammoth on Wrangel Island, MacDonald says, “I find this thought rather depressing.”

[This article originally appeared in print as "Mystery: What Killed Off the Woolly Mammoths?"]