California and other Western states feel the heat, the burn and the dryness. 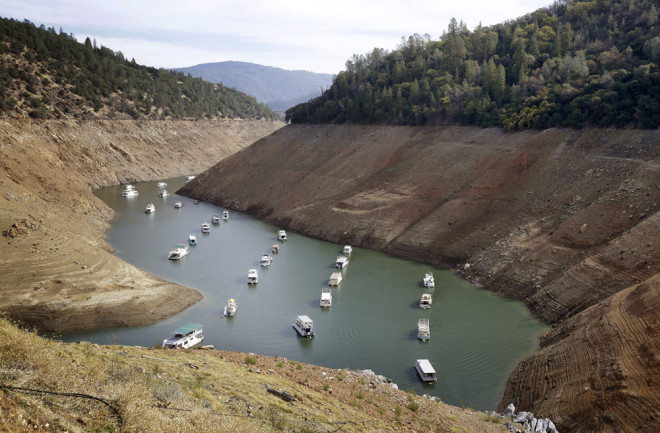 California has spent most of the past 15 years in drought, but 2015 was exceptional. The Sierra Nevada normally hits maximum snowpack for the year in early April, but by April 1, alpine meadows usually buried in 5 feet of snow were bare. The snowpack stood at just 5 percent of its average level. A September study of tree-ring records revealed the mountain range had not been this dry in at least 500 years. And yet for all its severity, this drought also has been one of paradoxes.

The amount of rain and snow falling on the northern Sierras, where the drought hit hardest, wasn’t actually that low — just 25 percent below average for the first half of 2015. “What makes this drought especially bad is that the last four years have also been extraordinarily hot,” says Peter Gleick, president of the Pacific Institute, an Oakland, Calif.-based water think tank. California weathered its hottest year on record in 2015. The excessive heat increased the rate of water loss by evaporation and caused precipitation to shift from snow to rain, leaving a meager snowpack and parched reservoirs.

A snowboarder attempts a run at the Squaw Valley Resort in California. | Max Whittaker/Getty Images

The current drought is part of a larger pattern of warmth and dryness gripping the West and central Plains. Texas, New Mexico, Oklahoma, Kansas and Nebraska suffered severe drought between 2011 and 2013. Drought struck California and Nevada beginning in 2012, and in 2015 it spread into Oregon and Washington. By midsummer, low stream flows and warm water had killed half the annual sockeye salmon breeding run in the Columbia River. Large wildfires fed by dry vegetation scorched the West Coast.

The drought may ease this winter, with warm Pacific El Niño waters expected to trigger heavy precipitation in parts of the West. But it’s likely to be a short reprieve. A study published in February suggests that a megadrought lasting at least 35 years is 60 to 80 percent likely to occur in the Southwest or central Plains after 2050.

Groundwater across the West has been depleted from overuse, shrinking aquifers that cities and farms typically relied on during dry times. Forty cubic miles of water — enough to fill 64 million Olympic swimming pools — have disappeared from beneath California’s Central Valley alone. “We basically no longer have a buffer,” says Gleick.