We Ignore Expertise at Our Own Peril 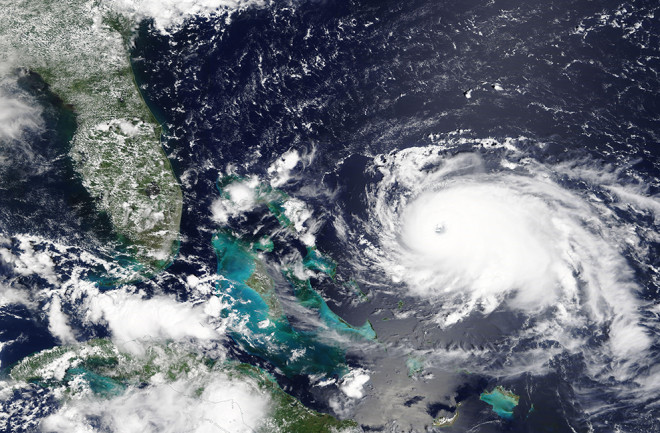 We seem to now live in an age where people are comfortable ignoring experts, especially those in the sciences.

You may have noticed that Hurricane Dorian didn’t hit Alabama. Depending on the circles in which you run, you might think it was a “close call” or a completely mistaken statement that Alabama was ever in any real danger from the hurricane. However, what is clear is that when experts in meteorology — the National Weather Service — made it clear that Alabama was not in peril, they were rebuked by a presidential administration who clearly holds scientific expertise in contempt.

When we turn away from expertise we put ourselves and others in peril. That holds whether it be because we believe in conspiracies, the information experts present is in opposition to our worldview, or that we made a mistake and don’t want to own up to it out of pride.

The two gravest examples today are climate change and vaccines. In both cases, members of our population have chosen not to believe the hard science behind these issues. Instead, they turn to unfounded and inaccurate information because that’s what they want to believe rather than the science.

In the latest example involving Hurricane Dorian, Craig McLean, the assistant administrator of the National Oceanographic and Atmospheric Administration (NOAA) made the situation clear:

As I’m sure you also know, there was a complex issue involving the President commenting on the path of the hurricane. The NWS Forecaster(s) corrected any public misunderstanding in an expert and timely way, as they should. There followed, last Friday, an unsigned press release from “NOAA” that inappropriately and incorrectly contradicted the NWS forecaster. My understanding is that this intervention to contradict the forecaster was not based on science but on external factors including reputation and appearance, or simply put, political.  Craig McLean, NOAA

Getting the correct and accurate information about the path of a hurricane is a matter of life and death. We cannot fall prey to the idea that being perceived as “right” is more important than the facts. A true leader will admit mistakes, especially when people’s lives are at risk.

And this means believing experts. This is not an argument based on academic snobbery. Experts are experts because they have been trained and learned about the subject they have mastered. Simply put: they know better. That’s ok, we don’t all need to be experts on everything. It does not impugn your intelligence to admit when you need someone else’s expertise.

Experts also need to learn that they are not infallible as well. Some may confuse their beliefs with their expertise, but the vast majority of experts are trying to use their skills and knowledge to solve problems. Scientists don’t live in a world of ulterior motives where shadowy groups of us gather to change the facts. We are not getting rich off of the research we do. We are using our expertise to learn about the planet and, ideally, help others.

However, there are many out there on the internet who flaunt expertise for their own benefit. The earthquake predictors, scaremongers, climate change deniers and antivaxxers all have clear agendas that go against the scientific facts. One of my graduate school professors used the phrase “know enough to be dangerous”. That is exactly what many do here: they try to project expertise without the knowledge or humility to be experts in the fields they claim. This puts people in danger.

Do you want to take the risk that might harm your family or destroy your home because you have decided not to trust the words of experts? Learning how to differentiate between the information from experts and snake-oil salesmen is a vital skill for all people to learn.

When the government chooses to no longer trust expertise but instead worry about appearances, we lose an absolutely integral piece of the expertise network. Scientists who work for agencies like the National Weather Service are trying to get accurate and vetted information to the public to save lives. If we choose to ignore their expertise — or worse yet, undermine it for political or personal gain — we move our society backwards. Let’s not take that path.