Descending into a roiling pit of magma isn’t what most people have in mind when they visit an island nation in the Pacific Ocean. But that’s exactly what these bold adventurers did when strapped on a GoPro and dove into the belly of an active volcano. Explorers Sam Cossman and Geoerge Kourounis rappelled down the crater inside Mount Marum, which is situated on one of 80 islands that make up the Pacific Republic of Vanuatu. And they've just uploaded video of this up-close encounter with one of the world’s most volcanically active locations.

Since 1774, Mt. Marum has erupted 48 times, with eruptions in 1894 and 1913 taking the lives of 31 people collectively. Bold travelers routinely make the hike to see the mouth of the volcano, but climbing to the shores of the cauldron is a matter left for only the most adventurous, and well-trained, travelers. For a little perspective, that undulating sea of magma is roughly 2,300 degrees Fahrenheit. In the belly of the beast, gases like carbon dioxide, sulfur dioxide and hydrochloric acid make the air impossible to breathe without a mask. And to get up close to the sea of magma, you need to don a heavy-duty fire proximity suit like that which firefighters use to battle burning jet fuel. 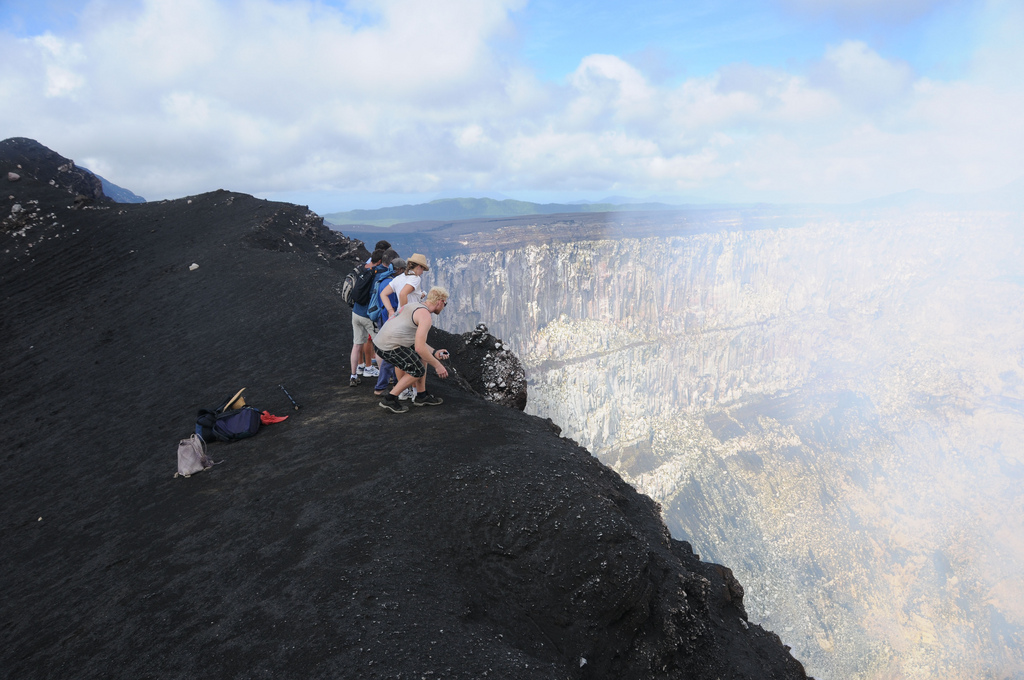 The crater's edge atop Mount Marum. Photo by Gus MacLeod via Flickr

Postcards From a Volcano

Here's a taste of their trip, as told by Kourounis on his personal blog:

"This expedition has been an amazing, epic success, and the photos & video are just out of this world. We faced splashes of lava, toxic sulfur dioxide gas, shockingly strong acid rain... The challenges went on and on, but in the end, we were able to get to the bottom twice."

Sound like a vacation to beat the chill of winter? Or, perhaps you’ll be content watching this epic video of their crazy adventure. 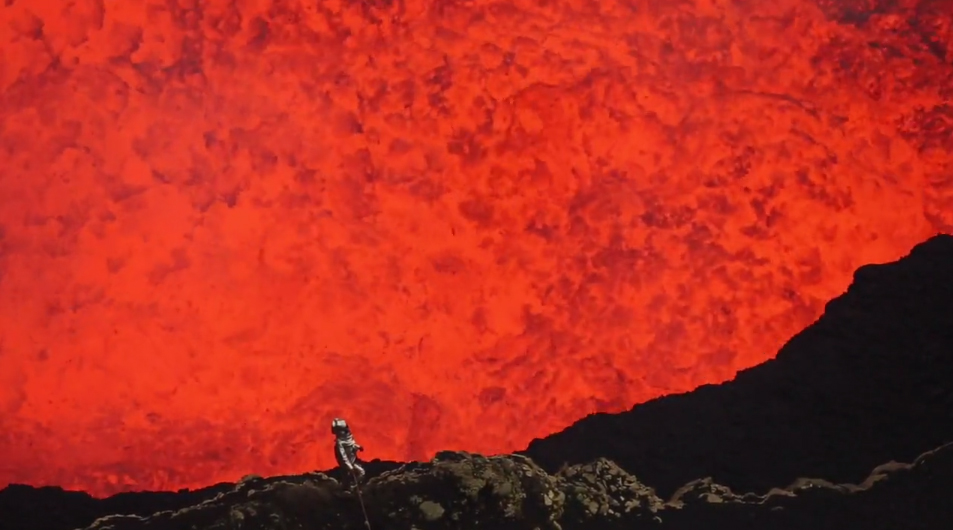