Up Close and Personal With Iceland's Volcanic Eruption 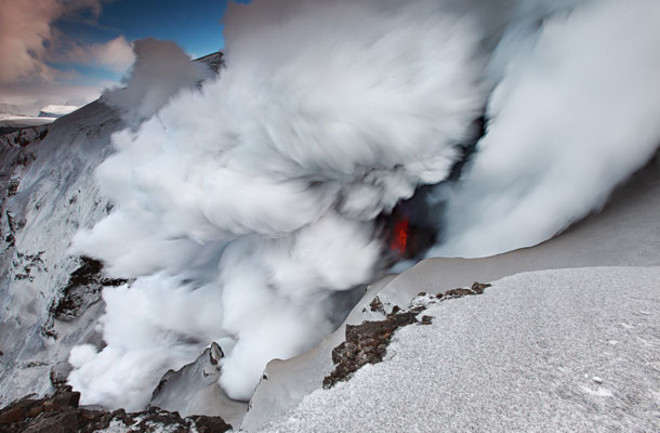 This is a steam cloud that formed as the lava from the recent volcanic eruption in Iceland flows into steep canyons partly filled with deep snow and ice. Occasional explosions also occur as steam gets trapped under hardened lava, and can make things pretty hairy for anyone nearby, as Icelandic photographer Örvar Atli Þorgeirsson found out first hand as he and friends spent ten hours on the scene.

Þorgeirsson: "To photograph a volcano has always been a dream. The first part of this eruption was a dream come true. The small scale of the first eruption allowed me to get very close to the crater and the lava flow. Even if it was small, being this close to it was thrilling. The heat, the loud noise, the smell, the contrast between the ice and fire was an experience I will never forget."