Greenhouse gases could be injected under the ocean to stave off global warming. 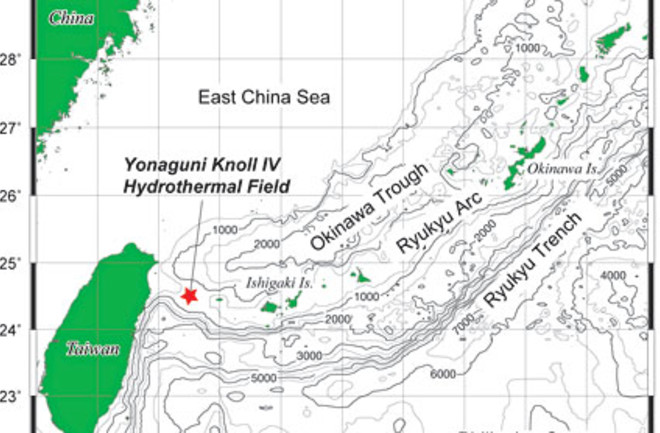 The discovery of a vast lake of liquid carbon dioxide beneath the ocean floor off Taiwan has startled earth scientists and raised hopes for a new strategy against carbon dioxide–related global warming. That such a lake can even exist lends empirical support to a seemingly blue-sky proposal: Inject excess atmospheric CO2 deep into the ocean, where the high pressure would trap the gas in a liquid form.

Fumio Inagaki from the Japan Agency for Marine-Earth Science and Technology, who made the discovery, says the lake probably formed when carbon dioxide seeped out through the ocean floor from a deep-sea volcano and pooled under a blanket of solid, icelike CO2 hydrate and deep-sea sediment.

Researchers who have floated the idea of sequestering carbon-dioxide at the ocean bottom have worried that the submerged gas—which is damaging to cell membranes (as its use as a solvent in "green" dry cleaning attests)—could harm deep-sea organisms. But core samples from the newfound lake reveal a rich microbial life around its periphery. Moreover, finding a self-contained lake of carbon dioxide at a relatively shallow 4,600 feet below sea level "is highly suggestive that if you went down a further 4,900 feet you could actually inject liquid CO2 and it would be quite stable," says Ken Nealson, a geobiologist at the University of Southern California.