Three Years After Katrina, We Remember. But Have We Learned? 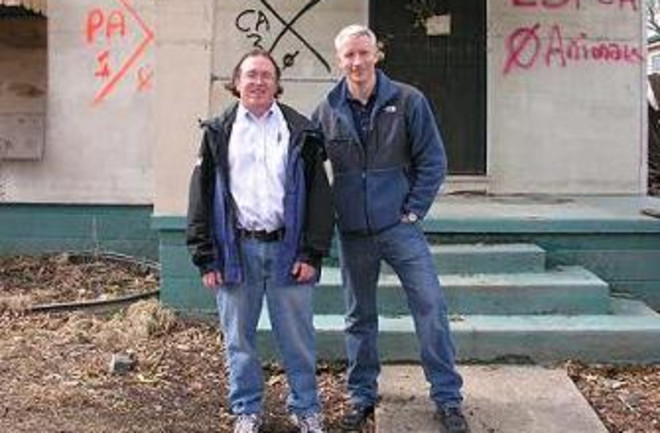 In January of 2003, I sat in Joe Kelley’s seminar at the University of Maine as he foretold the devastation that was to come to New Orleans. I’d never heard this chilling story before and listened intently as he explained that as far back as when The Big Easy flooded in the 1920’s, scientists realized that the Mississippi Delta would continue to change its course (rivers have a habit of doing that you see). I began to understand that over time, the already vulnerable city faced increasing threat and felt dizzy amid the whirlwind of so many alarming facts and figures.

The levees are inadequate… Louisiana loses 25-35 square miles of land each year to the ocean… Coastal wetlands (natural buffers to storm surges) are disappearing…. Many parts of the city are below sea level… Which by the way, is rising… Residents are supposed to keep axes in their attics… and on and on…

What?! This surely couldn’t be true. If the situation were really that bad, no one would stay. Did the federal government know? Did residents realize? Maybe the scientists were a bunch of alarmists… (Hey wait, isn’t that what they’re claiming now with regard to global warming?! Michael Crichton take note!)

But Professor Joe Kelley is a nationally renowned marine geologist who’s scientific expertise on the Louisiana coastline has long been sought by private and government organizations. Surely he knew what he was talking about, not to mention he even used to be a professor at the University of New Orleans. So evidently, there was something to all this coastal geology.

In 1984, Joe wrote ‘Living With the Louisiana Shore‘ predicting much of what has come to pass. Obviously, for more reasons than Orwell, we should have paid better attention to what we were warned about that year. The science and history of hurricanes in Louisiana sounded terrifying and it was obvious to me – and everyone in the room – that New Orleans didn’t stand a chance.

Pre-Katrina, Kelley was asked to participate in a National Academy of Science Panel when the Bayou State wanted to request federal funds to address it’s obvious levee problem. The panel recommended $14 billion from the federal government over 50 years to save the Delta, but the Bush Administration ultimately decided it couldn’t commit Congress to 50 years of funding.

Exactly two years ago today I saw Joe Kelley at the local market in Old Town, Maine. “Joe,” I said. “You told us. We knew this was coming.” He’s looked tired. He looked so sad. He could only shake his head.

Hundreds of lives lost. Families torn apart. Homes and memories gone forever. And as I stared speechless at him, my thoughts in repetitive sequence like a skipping phonograph, ‘But we knew Joe. You told them. They knew. And did nothing…‘