This Tiny Sphere is All the World's Water 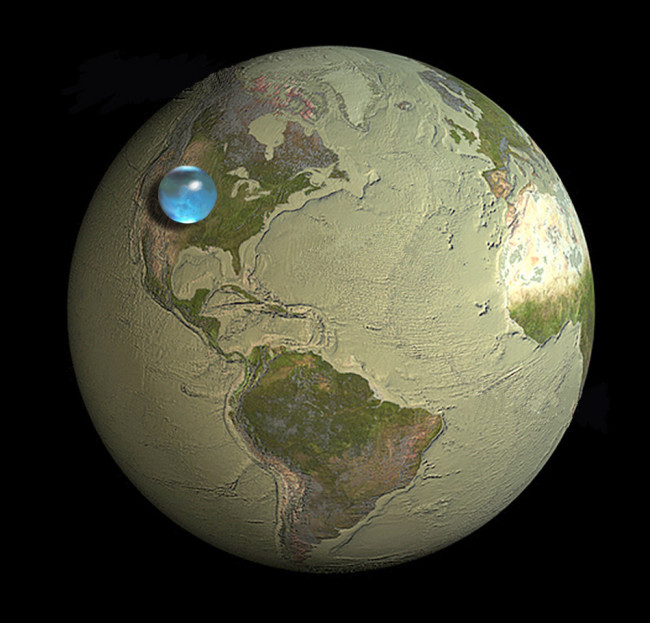 When you're trudging through the pouring rain to the office, it seems like the Earth possesses an infinite amount of water, a not-insignificant amount of which is dripping down your collar. But when you see an image like this one, produced by the USGS, it hammers home the reality of the situation: the water's all spread out in a very thin layer, like a millimeter of frosting on a cake. If you gathered all the world's water---from oceans, lakes, groundwater, water vapor, everything---into a sphere, it would have a diameter of 860 miles. That's the distance between Salt Lake City and Topeka, Kansas. That's still a fairly big sphere, when you think about it: that same water spread out in an even layer across the United States would leave us under a 90-mile-deep lake. But it isn't nearly as big as you might expect, looking at our blue marble in photos from space or dipping your toes in the Atlantic. To boot, very little of that water---less than 4%---is freshwater, and the vast majority of that is locked up in glaciers and ice caps. We've got just a tiny fraction of that sphere at our disposal; it behooves us to use it wisely. Read more at the USGS