The Upside of Climate Change?

posted by Sheril R. Kirshenbaum Since quoting Doug Adams, I've received some thoughtful emails from readers in northern and inland states asking whether they ought to be concerned about An Inconvenient Truth. Fair question. If sea level rise and warming temperatures appear to have little personal relevance, why worry? The series finale of The Sopranos is troublesome enough for the weekend. 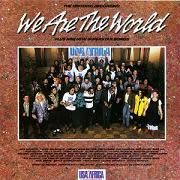 This influx to my inbox got me thinking about social momentum.. The usual suspects (climate scientists) have been concerned for a long time as they've documented increasing levels of CO2 in the atmosphere. More recently, economists and sociologists began to sound the alarm when everyone recognized the ways in which our environment and natural resources are intimately tied to socioeconomics. And now according the World Monuments Fund, global warming is officially raining on another parade. The climate change phenomenon has been cited as a threat to humanity's architectural and cultural heritage around the world from whaling towns to deserts to holy sites. Thus, the time has come for historians and anthropologists to engage in the growing outcry. Call me a Pollyanna, but perhaps the great warming does indeed have one redeeming quality. Maybe it's the ultimate unifying force we've been waiting for. A beast that does not adhere to man-made delineations because altered system dynamics traverse people and places in unprecedented ways. Never before has there been such pressure to recognize we are indeed a single worldwide population (yes, even you reader in Topeka, KS). And all this begs the question.. Can global warming be the impetus to acknowledge that despite differences, we are one collective human fingerprint on infinity? I certainly hope so. Because if that's the case -- given the current climate of war, poverty, disease, and genocide -- we just might find solutions to more than we bargained for.