Recent research shows how spaces like urban canyons create distinctive weather patterns—and how to prevent them from causing weather disasters.

Cities may feel like the antithesis of the natural world, but they obey the same rules as do the most pristine patches of wilderness. Just like mountains and valleys, buildings and pavement create their own distinctive environments—and none so distinctive as urban street canyons, the spaces between high-rises and above the streets that run between them. Studies show that the shape of street canyons (the length of blocks and the height of buildings relative to street width) strongly influence the local climate. Urban climatologists are working to predict how canyon design can affect temperatures, winds, and the concentration of pollutants. Learning how to optimize these spaces is an increasingly urgent problem: As of 2008, the urban environment has become simply “the environment” for the majority of the world’s population. 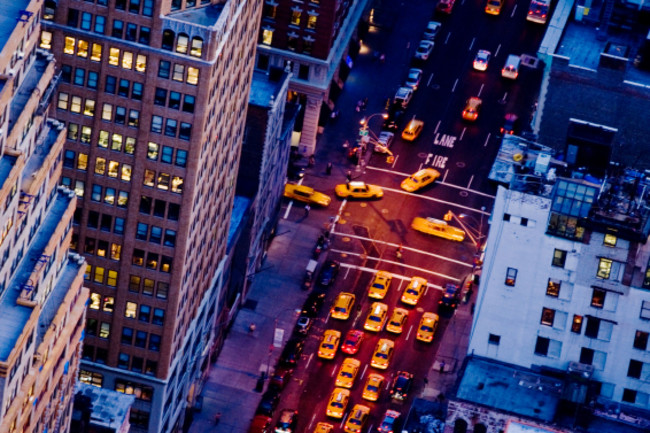 A Tree Grows in Manhattan Although large areas of vegetation such as parks reduce urban heat and pollution, a 2008 wind tunnel test found that a single line of “avenue” tree plantings can actually make conditions worse by hindering winds that would otherwise bring in fresh air.

Taking it to the Streets Many air quality studies rely on data from monitoring stations and Earth-observing satellites, but smaller sensors allow individuals to collect samples on their own. Researchers at MIT have developed a bicycle that can record pollution levels and upload the data via smartphone to create an online map for city planners.

Windy Cities NASA-sponsored research suggests that Atlanta’s urban landscape helped fuel a 2008 tornado in the city’s downtown; the resulting models could help forecast another twister. Studies of airflow can also guide responses to terrorism. In 2003 and 2005, Department of Homeland Security researchers traced test gases released in Oklahoma City and New York City (seen here) to predict how toxins might spread in an attack.

Exhaustive Study Computer models show that when crosswinds travel over deep urban canyons, sideways-swirling vortices may push traffic pollution from the center of the street onto the sidewalk. Planners can use these models to decide where to target traffic emissions and to select the best locations for pollution-sensitive facilities such as children’s playgrounds.