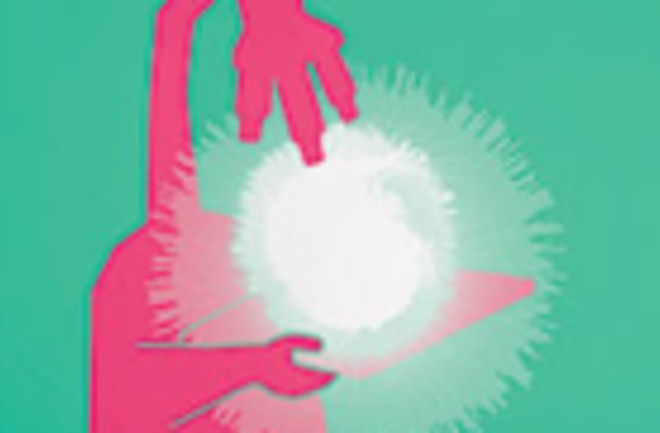 We recently penned an article together in the current issue of Mother Jones:

As the rhetoric from the campaign trail demonstrates (remember the ad with John McCain at the wind-turbine factory?), nobody is against renewable energy. But no amount of green talk can change the fact that our economy is dangerously fossil-fuel based and foreign-energy dependent. The reasons are numerous, and in some cases notorious. Congress is hamstrung by pork-barrel politics and regional interests (e.g. West Virginia coal). We still don't have a federal equivalent to the laws in more than half the states mandating a minimum level of renewable energy. Perverse incentives abound: Utilities, for example, make more money the more electricity they sell, so (with few exceptions--see "Your Electric Bill at Work") they have little reason to promote conservation. Plus, energy issues are complex and technical, which makes it hard to figure out what our best options are--solar, nuclear, clean coal? Hydrogen fuel cells or plug-in hybrids? These are the roadblocks and bottlenecks you know. But then there are the ones you don't, many of which involve what can only be termed our gross national mismanagement of scientific resources.

You can read the full piece now available online, in which we call for a science research and development project to give intellectual heft to the "green jobs" revolution. The point is much similar to the one that Andrew Revkin makes on his blog today, when he asks whether chemists and engineers are on the green jobs list. Our answer--they'd better be; and moreover, isn't it strange how little is being directly said about science in a national conversation that is, after all, about research and innovation? One other point--in the Mother Jones piece we propose a National Energy Education Act, to parallel the National Defense Education Act passed in the 1950s following the launch of Sputnik. We want to credit this idea to the Breakthrough Institute, which originally came up with it, and apologize that the article didn't note this. You can read the full Mother Jones article here.