Recycling materials correctly in the age of international restrictions and a pandemic isn’t easy. 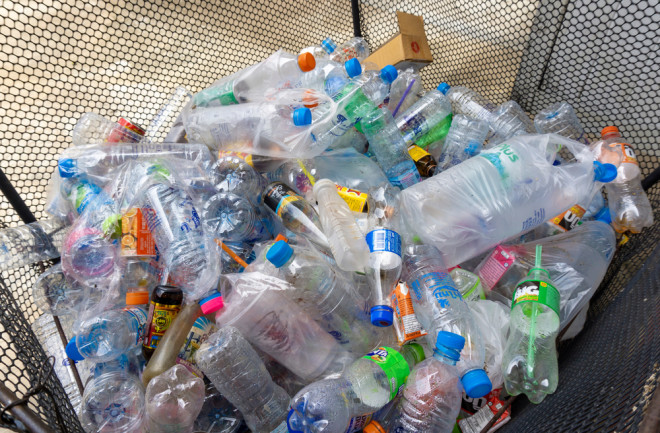 What do an empty mayo bottle, a lithium-ion battery and the plastic bag your takeout came in all have in common? Not much. But chances are, they’ll land in a recycling bin instead of the trashcan. Recycling in the U.S. is a mashup of varying rules that depend on where you live, and it’s been further complicated by China’s restrictions on importation of our recyclables — not to mention, a global pandemic.

“The China issue really opened our eyes to the fact that we need to recycle right, in order to reduce contamination in the recycling stream,” says David Keeling, president of the National Recycling Coalition, a nonprofit that promotes recycling in the U.S.

According to the EPA, in 2017 — before the restrictions from China — our overall recycling rate was 35.2 percent. In 2020, according to a report by the Recycling Partnership, just over half of Americans have access to curbside recycling programs, but even with more access, some argue that pollution wouldn’t decrease. In 2017, only 8 percent of plastic waste generated was recycled, and 27 percent of glass was recycled, according to the EPA. Add that to an economy that values recycling only certain kinds of materials and confusion around how to recycle correctly, and the obstacles to saving your used stuff from an early grave add up.

The Path of a Bottle

That last sip of seltzer is gone. Now what? If you drank it out of a plastic bottle or a can, the process is pretty straightforward. If you live in or near a big city, you add it to the pile of recyclables in your bin, which is picked up at the curb by a local trash collector.

That truck then brings it to the nearest recycling plant or, in waste management speak, a materials recovery facility. In New York City, for example, a truck from the Department of Sanitation brings the contents of your bin to either the Sims Municipal Recycling facility in Brooklyn, where machines and people sort recyclables by type of material (plastic, glass, paper or metal), or the Pratt Industries paper mill on Staten Island, where much of the city’s paper is broken down and made into new products.

From there, the materials make their way to market and are bought by manufacturing companies or shipped overseas. By one estimate, 90 percent of the used plastic bottles remain in the U.S. for processing — but plastic bottles make up only a small portion of total plastics. Jan Dell, founder of the nonprofit The Last Beach Cleanup estimates that, based on 2018 Census Bureau data, only 2.2 percent of all of our post-consumer plastic waste is recycled domestically and 81.4 percent ends up in a landfill.

“We've gotten to this place in time where people think everything should be recyclable, and it's come because China was taking so much of our trash,” Dell says. “The public really needs to have a reset in their thinking of, when they look at something at the store, ‘Is this actually recyclable?’”

Manufacturing companies buy materials that they can make into new products, like bike parts from cans or plastic building material from milk jugs. Cities and towns get back a portion of the price for the sold materials.

Demand from manufacturers for specific types of plastic can vary by place. Some less-populated places also might not offer curbside pickup, and many communities have a variety of rules and methods on how to recycle. That adds up to fewer people recycling. In a global economy that circulates more trash than it can handle, usable materials then get sent to landfills or are incinerated with other trash.

Like gas or soybeans, our recyclables are sold in a global market. And moves by the biggest buyers in this market can have a ripple effect on the whole system. In January 2018, China placed sharp restrictions on the kinds of recyclable materials it would import from the U.S. in an effort to develop its own domestic recycling programs and curb environmental damage.

Since then, American processors have not been able to pick up the slack. Many cities were forced to cut spending on recycling, which meant accepting fewer kinds of materials or canceling curbside pickup programs. Cities feeling a budget squeeze from both COVID-19 and overseas restrictions are finding it harder to pay for recycling.

Other countries, such as Malaysia and Vietnam, are accepting a higher portion of recyclable materials, but they often don’t have much bargaining power, or safe and efficient systems to deal with the enormous volume of recyclables — which puts their citizens and environment at risk.

U.S. processing companies are beginning to meet the challenge. “One of the responses to this recycling problem is that a number of new facilities are being planned or are in the process of being constructed to help fill the gap,” says David Biderman, executive director and CEO of the Solid Waste Association of North America. For example, he says, Pratt, the company that processes paper for New York City, recently opened up two recycling facilities in the Midwest.

Bowling balls, string lights, garden hoses and even dirty diapers are not unusual finds in the average municipal recycling stream. This discarding of non-recyclable items is known in the waste management world as “aspirational” or “wishful” recycling. And it’s not helpful. Those of us who mean well and toss something that seems to fit the bill into the recycling bin (“Garden hoses are plastic, and plastic is recyclable, right?”) may be unwittingly contaminating a batch of recyclable items.

Not only this, but according to Biderman, often a plant has to stop all its conveyor belts just to untangle a string of holiday lights or remove a knot of plastic bags from the machinery. Particularly dangerous are lithium-ion batteries, which can cause fires on the line and even explode, injuring workers. “Aspirational” items make the recycling process more expensive, and the contamination can lead to throwing away items that had been properly recycled.

Rather than guessing, take a moment to look up your community’s recycling guidelines, which outline what is and isn’t acceptable to recycle. Biderman even has a tip that might seem counterintuitive: “When in doubt, throw it out.”

A good rule of thumb is to avoid recycling items made of mixed materials. Notably, to-go coffee cups and cartons that carry almond milk or chicken stock, for example, are more trouble than they’re worth for many recycling facilities to process and sell because they are made up of many thin layers of paper and plastic coating.

Reduce, reuse, recycle: This 1970s mantra is still true today, and “reduce” might be the most important point of all. What you don’t use will never end up in a landfill or the ocean. Don’t use plastic bags, but if you have them, throw them in the trash. Avoid single-use plastic in favor of reusable water bottles and coffee mugs. Bring bags you already have to the grocery store. Look for products that contain post-consumer content, like recycled paper.

If you must use a disposable container, check the label for instructions on how to recycle it. Containers made of one material are best, and among those, paper, aluminum and steel cans, and No. 1 (soft drink and water bottles, cooking oil containers) and No. 2 plastic (milk jugs, laundry detergent bottles) are most likely to be bought up by manufacturers. Look up recycling programs that collect hazardous waste like batteries and electronics. Many recycling programs will tell you to rinse out condiment or peanut butter containers — but it’s likely that they still won’t be resold, so stick with glass containers whenever possible. Thin plastic containers like yogurt cups or clamshell containers are often made of No. 5 plastic, which doesn’t usually have value after it’s used.

Unfortunately, there’s no way to know whether that iced coffee cup you recycled will ever see the light of day again. The best way to make sure it doesn’t end up in the ocean or incinerated abroad? Don’t use one in the first place.