The Latest (and Hardest) Tool for Battling Climate Change: Rocks 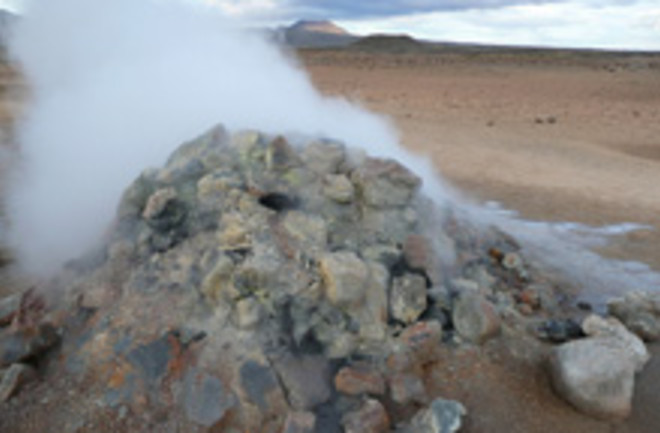 Rocks may be environmentalists' newest best friends, if recent research is brought to real-world fruition. Working with the U.S. Geological Survey, scientists at Columbia University’s Earth Institute found large areas along the east and west coasts of the U.S. that are lined with rocks that may be able to absorb enough carbon dioxide to slow down climate change. The new research builds on previous knowledge that rocks naturally absorb carbon dioxide by binding it with minerals to form solids such as calcium carbonate. The absorption takes place over thousands of years, during the recrystallization that occurs after the surfaces of rocks are dissolved by natural weathering. To speed up that process, scientists experimented in the lab by crushing a sample of rocks and adding a catalyst to dissolve them. They reformed in minutes and in doing so, absorbed carbon dioxide. While the lab experiment relies on too small a scale to absorb significant amounts of carbon dioxide, the scientists are hoping that natural rock outcroppings can be forced to absorb greater amounts and play a role in easing climate change. More research is needed on the feasibility of applying the technique, but one possible method would involve injecting rocks with hot water and pressurized carbon dioxide. The study identified about 6,000 square miles of rocks that are rich in olivine and serpentine, minerals that scientists believe can be supercharged to absorb carbon dioxide, potentially soaking up a total of 500 years’ worth of U.S. carbon dioxide emissions. Now, all that's left is figuring out how to deal with emissions from all those other years we've been polluting. Related Content: 80beats: Plants “Climb” Mountains to Escape Global Warming DISCOVER: Global Warming Sinks Greenhouse gases could go undersea 80beats: Global Warming Is Making Hurricanes Fiercer, and the Worst is Yet to ComeImage: Flickr / ezioman