The Hunt for the Unknown Volcano

A massive eruption set the stage for the coldest decade in centuries. But where — or precisely when — it happened remains a mystery. 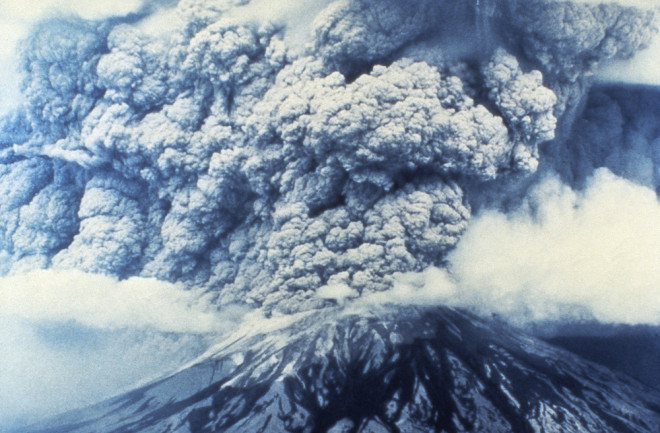 After 123 years of quiet, Mount St. Helens in Washington state erupted May 18, 1980, blowing its north face and reducing its height more than 1,300 feet. (Credit: Granger NYC)

In February 1809, Francisco José de Caldas, director of the Astronomical Observatory in Bogotá in present-day Colombia, addressed an issue that everyone was talking about — namely, the weird sky and crazy weather.

Caldas published a weekly newsletter about science called Semanario del Nuevo Reyno de Granada. Under the headline “Meteorological News,” he described how the sun had changed its appearance since the previous Dec. 11. Choked by a high, thin cloud, the sun had lost its brightness, “so much so that many have mistaken it for the moon.” The sky was milky, not at all blue, and at night the lesser stars seemed to have disappeared. Plus, the weather had been unnaturally cold, the fields covered with ice and crops damaged.

“So many have consulted me, and so many have I had to reassure!” wrote Caldas, conscious of his authority. He declared that the cloud causing these things wasn’t to be feared, no more than an eclipse should be feared, and that someday science would offer an explanation.

Yet to explain what happened would take nearly 200 years, and where it happened remains unclear. As time passed, Caldas’ observations sank from sight, pushed ever lower in the archives by the annual layering of history.

In April 1815, halfway around the globe from Bogotá, Mount Tambora in Indonesia violently erupted. Some 88,000 people perished, making Tambora the deadliest volcano in recorded history. In the aftermath, the atmospheric phenomena that Caldas had described were seen in many parts of the Northern Hemisphere. A sharp cooling of the climate followed, such that across Europe and North America, 1816 became known as the Year Without a Summer. Tambora brought far-reaching social consequences (famine and upheaval due to crop losses) and literary consequences. (Driven indoors by the bad weather, Mary Shelley wrote her novel Frankenstein and Byron his gloomy poem “Darkness.”)

The connection between volcanism and climate change was slow to be realized in science. The first mention in English was by Benjamin Franklin. Wondering about the diminished sun and “universal fog” over Europe and parts of America in 1783, Franklin proposed a comet, or a meteor, or an active Icelandic volcano as possible causes. The last one was correct: It was Laki, the most powerful high-latitude volcano of the past 1,000 years. Still, climate-impacting eruptions like Laki and Tambora were rare. And, more importantly, the scientists of the time didn’t have the technology to monitor them. The 1883 eruption of Krakatau in Indonesia was studied closely by the British (who called it Krakatoa). But the 1888 report by the Royal Society, while noting lurid red sunsets around the world, didn’t comment on the temporarily cooler weather.

“There were no [major] eruptions between 1912 and 1963, and few researchers were interested or working on it,” according to Alan Robock, a Rutgers climatologist and expert on how volcanoes impact the atmosphere. “The science connecting volcanic eruptions and climate change was not really explored until the 1970s and 1980s, following the 1963 Agung [Indonesia], 1980 Mount St. Helens [U.S.] and 1982 El Chichón [Mexico] eruptions.” Besides knowing a lot more about the transport of volcanic aerosols in the atmosphere, modern researchers had communications lines and satellites so that news of an eruption could be relayed quickly and the effects noted as they unfolded.

The gases released by an explosive eruption are primarily water vapor, carbon dioxide and sulfur dioxide, not to mention rock and ash, which fall out quickly. If it’s a powerful eruption, the sulfurous gases will be propelled into the stratosphere, where they will be converted to tiny droplets of sulfuric acid, aka sulfates, about a thousandth of a millimeter in diameter. An aerosol layer forms; the original scientific term was dust veil.

A veil or aerosol layer that stems from an eruption in the tropics spreads first around Earth’s equatorial belt, the so-called tropical pipe, and then flows north and south toward the poles. Because the sulfate haze reflects a portion of the sun’s energy back into space, the average temperature on Earth’s surface drops by as much as 0.5 or even 1 degree Celsius. The aerosols settle out after one or two years, and the climate goes back to what it was doing before the eruption.

In the 1970s, researchers discovered volcanic sulfates in a most unlikely location: below the icecaps of Greenland and Antarctica. Snow falls lightly at the poles, but as each year’s accumulation is compressed into ice, it encases chemical hallmarks of the atmosphere and climate, including traces of major eruptions.

To extract the information from the ice, cylindrical cores are drilled, dated and examined layer by layer. In the stratum that formed in 1816, about 110 meters down from the surface, scientists found the acidic mark of Tambora. Indeed, all the major eruptions of recent centuries were represented in a frozen column at one or both poles. Each volcano’s magnitude and its impact on climate can be estimated from the amount of sulfate deposited in the ice.

Now we get to 1991, which is important to the story for two reasons. First, Mount Pinatubo in the Philippines exploded. Volcanologists and atmospheric scientists were all over Pinatubo, figuratively speaking, tracking it on the ground and in the skies. The best documented, most data-rich volcano in history, Pinatubo became a “calibration point” for the behavior of earlier volcanoes, says Jihong Cole-Dai, a professor at South Dakota State University. Their aerosol paths and effects on surface temperatures could be modeled using Pinatubo guidelines.

The second event was a paper published by Cole-Dai and two colleagues titled “Ice Core Evidence for an Explosive Tropical Volcanic Eruption 6 Years Preceding Tambora.” Although other researchers had noticed a sulfuric signal in the ice layer below Tambora’s, Cole-Dai was the first to announce that it belonged to an 1809 volcano, and what’s more, to a massive volcano that nobody at the time had reported. The Unknown, as it was dubbed, was nearly three times bigger than Krakatau, almost twice as big as Pinatubo, and half as big as the monstrous Tambora. Why did history not remember it? Were there no eyewitnesses?

Environmental scientists who studied the Unknown’s impacts did not pursue the mystery. “Why does it matter what volcano it was?” says Robock. “We knew about it. We know the impact it had on climate. Science isn’t waiting to know the location.”

But when Cole-Dai published another paper about the Unknown in 2009 — in which he made the case that it and Tambora, like a one-two punch, caused the coldest decade for the past 500 years — curiosity about the Unknown flared anew. At the University of Bristol in the U.K., a team of researchers, whose specialty is tying up loose ends in volcanology and climate science, decided to try to find word of the Unknown in the archives of Spain and Latin America. Several months of digging led them to Caldas’ report and a confirming report by a physician in Lima, Peru, who noticed vivid glows at sunset at the same time that Caldas was describing the atmospheric veil. Studying the ice cores, Cole-Dai figured that the eruption happened in February 1809, plus or minus four months. The veil over Bogotá began in mid-December 1808, which meant the eruption occurred a few days or a week earlier.

But where? The now-silent volcano may lie anywhere within the tectonically active tropics. The Bristol group, led by Caroline Williams, a historian of Latin American studies, published its findings last fall, and she and her colleagues continue to ponder the question. They feel fairly certain that nobody from this hemisphere saw the Unknown explode. They promise to keep looking for someone who did.