The Enduring Importance of Neighborhoods

A sense of trust is key to making urban neighborhoods thrive. 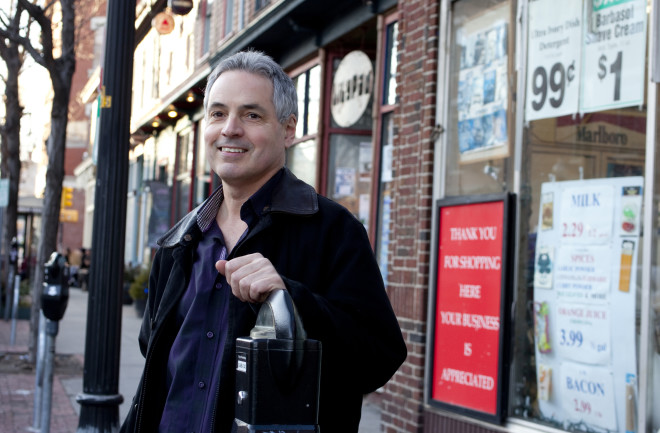 In 2011, Robert Sampson, a professor of social sciences at Harvard, received the Stockholm Prize in Criminology, the field’s equivalent of a Nobel. Last year he published his magnum opus, Great American City: Chicago and the Enduring Neighborhood Effect (University of Chicago Press, 2012), based on his research as scientific director of the Project on Human Development in Chicago Neighborhoods. Sampson helped pioneer the concept of collective efficacy, a measure of neighbors’ willingness to act for each other’s benefit. He sees it as having as strong an effect on children’s well-being as do families, poverty, and schools.

I grew up in the 1960s in Utica, a declining industrial city in upstate New York. Cops patrolled the halls of my high school. A lot of my friends ended up in serious trouble. By the time I left, Utica had lost about 40 percent of its population. I’ve been a city-ophile ever since.

When I go into different neighborhoods in any city, I think of them as having identities, personalities. While at SUNY Buffalo, I saw how starkly neighborhoods could change over a short distance, from the college section to a dangerous area, say, or a wealthy neighborhood.

My work is about the fundamental importance of place. Many scholars today say that technology and globalization have rendered us placeless. But the doomsayers have it wrong—cities are back. Whether it’s Chicago, New York, or Boston, the news is quite good.

People are coming back, crime has declined, economies are improving, and cities are once again becoming desirable places to live and work. Even in Utica, Bosnian immigrants are moving in, and there’s a sense that the city has stabilized.

Immigration is actually one of the factors behind the national decline in crime rates. My work in Chicago, which followed 6,200 kids (though not all were immigrants) for eight years, has showed that first-generation kids tend to have much lower violence rates, 50 percent less, than the third generation. And concentrated immigrant enclaves are generally protective of public safety and well-being.

The theory of “broken windows,” that signs of disorder in a neighborhood lead to an increase in crime, was interesting but incomplete. My observations in Chicago suggested that it’s not so much broken windows that matter, but broken neighborhoods. It’s all about the context and perceptions in individual neighborhoods—the sense of collective efficacy.

If you let loose a kid who appears to be lost on a street, will an anonymous stranger ask, “Can I help you? Are you lost?” If a stamped, addressed envelope is found on the street—something we actually tested—will someone pick it up and put it in a mailbox? A neighborhood that does these things works, because its people are willing to help one another. That’s what we mean by collective efficacy.

I’m not talking about being bosom buddies with your neighbor. What’s important is a working trust, a sense of civility. That’s why the “stop and frisk” program carried out by New York City police is counterproductive. Surveys have shown that these actions increase alienation and cynicism. Neighborhoods with high levels of legal and moral cynicism are where violence persists.

High incarceration rates can also have unintended effects at the neighborhood level. In Chicago, we found that the number of incarcerated residents is more than 40 times higher in some black communities compared with those in white communities.

When incarceration rates in a neighborhood get so high, it becomes an expectation for its members to wind up incarcerated. It becomes normative, and that contributes to a self-reinforcing cycle of disadvantage.

But rather than think negatively about just tamping down violence, I have a vision of urban life that is fundamentally positive. If you provide conditions of safety and perceived trust and civility in social and public spaces, people will want to live there, they’ll interact and develop a sense of ownership. Fundamentally, collective efficacy is about a community’s—and thus its inhabitants’—well-being.

As told to Dan Hurley