Space imagery reveals the scale of wildfires raging in SoCal. 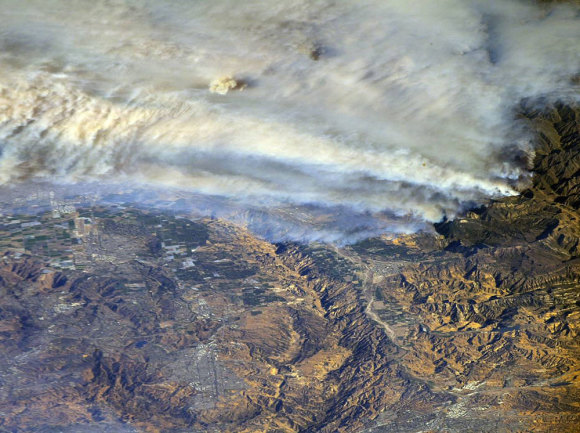 NASA astronaut Randy Bresnik shared the following image from the ISS with his social media followers. He posed the image writing, "Thank you to all the first responders, firefighters, and citizens willing to help fight these California wildfires." 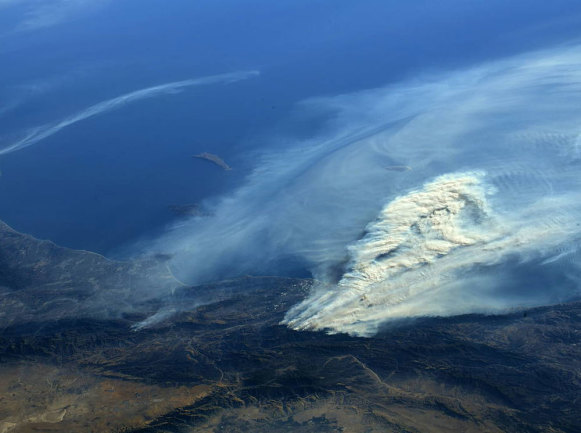 A wider view of the fires, provided by NASA astronaut Randy Bresnik on Dec. 5. 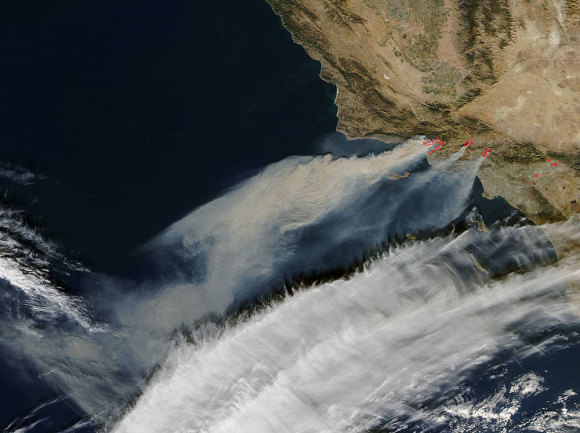 According to NASA, the fires in Southern California consumed 30,000 acres in a matter of hours, fueled by powerful Santa Ana winds. NASA's Aqua satellite captured this natural-color image with the Moderate Resolution Imaging Spectroradiometer, MODIS, instrument on Dec. 5. Active hotspots are indicated by the red squares. According to he National Weather Service, windy conditions are expected to continue through the end of the week. 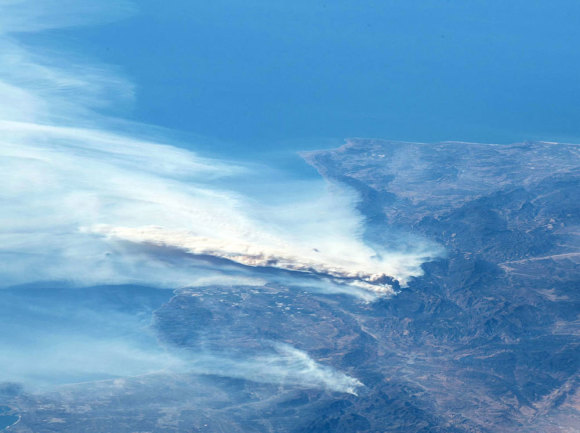 Here's another view of the fires from the ISS. 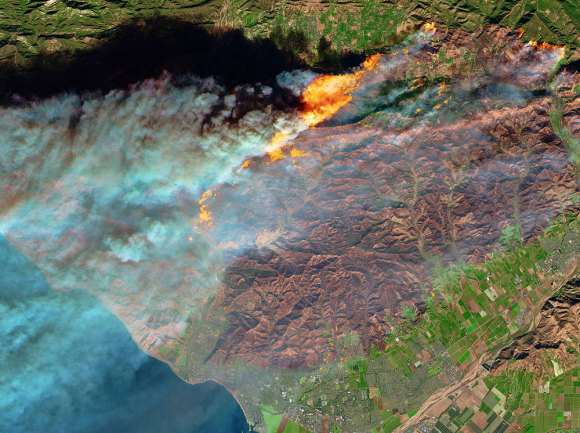 A spell of dry weather and the powerful Santa Ana winds have combined with devastating consequences in Southern California, one of the most populous regions in the country. Right now, four separate wildfires—the Thomas fire, Rye fire, Creek fire and Skirball fire—are raging. The fires, fueled by wind gusts of up to 80 miles per hour, have destroyed hundreds of homes and businesses, forced the closure of the 101 freeway, and hundreds of schools are closed as a blanket of smoke envelopes the region.

NASA, with eyes in the sky, has released a collection of photos to monitor the blazes and provide needed perspective on this ongoing emergency—some 1,700 firefighters are risking their lives to contain the fires.

To the left, taken Dec. 5, the Multi Spectral Imager on the European Space Agency’s Sentinel-2 satellite collected data to build a false-color image of the burn scar in Ventura County. Active fires are in orange, while the burn scar is in brown. Developed areas appear as gray, while unburned vegetation appears green. 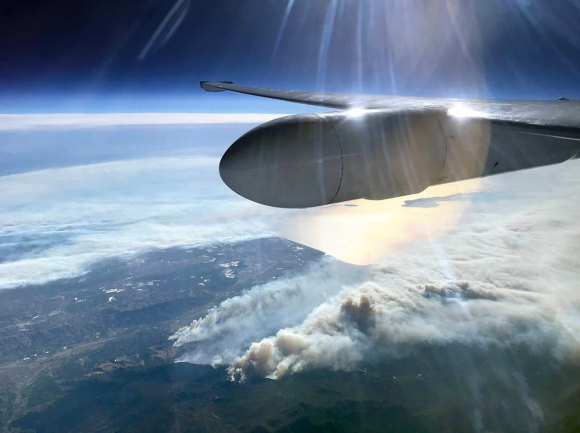 This week's winds started roaring after the nine driest consecutive months in Southern California history. NASA Jet Propulsion Laboratory climatologist Bill Patzert told the Los Angeles Times. “Pile that onto the long drought of the past decade and a half, [and] we are in apocalyptic conditions,” he said. 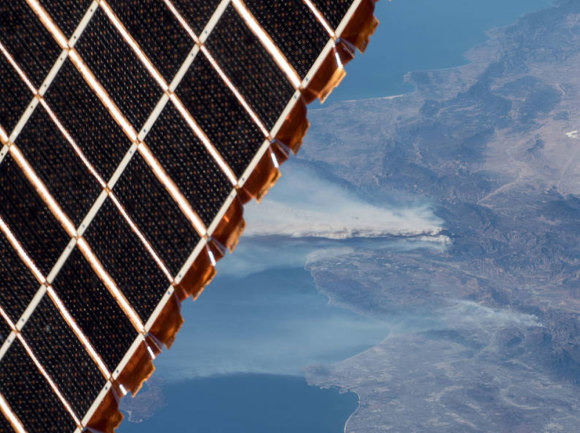 NASA Astronaut Randy Bresnik, on Dec. 5, provided this glimpse of the fires from the International Space Station. You can clearly see the strong winds forcing the smoke westward over the Pacific Ocean.

Bresnik wrote, "I was asked this evening if we can see the SoCal fires from space. Yes Faith, unfortunately we can. May the Santa Ana’s die down soon."