Swimming in the Sahara

The world's largest desert was once a green Eden. One day it will be again. 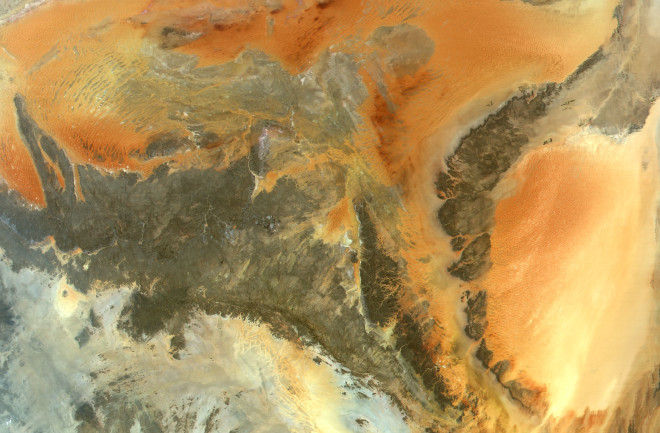 The Sahara, which covers nearly a third of Africa, was once a lush savanna, teeming with wildlife, fish-filled lakes, and ancient humans. "Between 10,500 and around 5,550 years ago, it was a good place to live," says Stefan Kröpelin, a geoarchaeologist at the University of Cologne in Germany, who has spent the last 30 years leading excavations in the eastern Sahara, a region that until recently has been largely unexplored.

Kröpelin and his colleague Rudolph Kuper have unearthed hundreds of geologic samples and more than 500 archaeological artifacts—everything from animal bones to cave art—at over 100 sites. From these findings, the researchers are piecing together a grand story linking climate change and cultural evolution. For five millennia, says Kröpelin, humans thrived in the Sahara, fishing, herding cattle, and making pottery and art—hallmarks of the Neolithic lifestyle that supplanted hunting and gathering. When rain started to become scarce around 5,500 years ago, they migrated east to the Nile Valley. "It's no coincidence that this major climate shift coincides with the rise of the early Egyptian empires," Kröpelin says. "Only when the Sahara became a desert again did the emergence of the early Egyptian civilization occur."

Although the Sahara has been bone-dry for most of its history, it undergoes an approximately 5,000-year humid period every 100,000 years as a result of variations in Earth's tilt and the shape of its orbit that change the way sunlight hits the planet. When that happens, it takes only a few centuries for the desert to become savanna, says Kröpelin. Global warming could make the next wet spell happen sooner than we think. "Since 1988 we have found evidence of increasing vegetation and rainfall," he says. "If we have five to six degrees of warming in the next centuries, evaporation on the oceans may turn the Sahara into a savanna, as it was 10,000 years ago."