How planting the right trees could help in the fight against climate change. 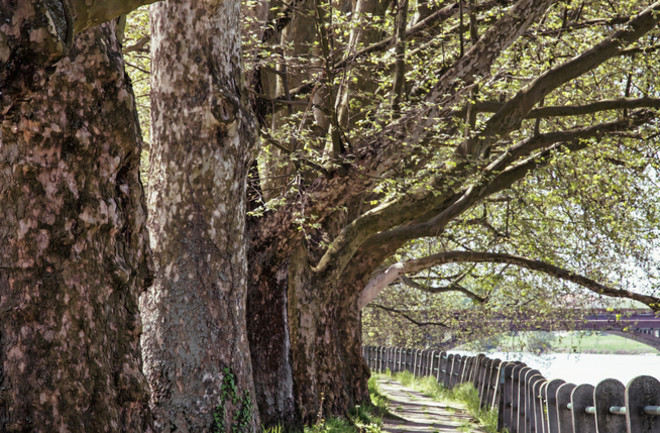 Houston…we have a solution. A recent study from Rice University, the Houston Health Department’s environmental division and Houston Wilderness discovered the numerous benefits of planting “super trees” – native trees that benefit the environment in a particular area the most – and now, researchers are sharing their findings so other urban areas can benefit.

Like all urban areas, Houston has a high amount of pollution and carbon dioxide in the air. It currently ranks 11th in U.S. cities with high ozone days by the American Lung Association. The high level of pollution  has led to preventable asthma attacks in school-age children and caused an increase in cardiac arrest. Not to mention, Houston has been greatly impacted by other effects of climate change, like extreme heat and flooding.

The Need for Super Trees

To mitigate the high pollution levels, planting trees seems like a natural and long-lasting solution. Planting trees and maintaining groves is a crucial part of combating climate change and preserving public health, but determining how, where and what kind is key – and that is exactly what researcher set out to learn.

For a city like Houston, variables that needed to be taken into consideration included the need for cleaner air, flood water mitigation and cooler temperatures. Researchers compared 54 native tree species based on their ability to absorb the most carbon dioxide, pull in water, stabilize the ground during floods and help control heat. They then narrowed down the list to 17 “super trees,” or native trees that are optimal for climate change mitigation. Of the 17 they studied, live oak and the American sycamore came out on top for their ability to pull pollution out of the air and for their wide canopies that can help keep the city cool.

Houston began planting these super trees in 2019 and plans to plan a total of 4.6 million trees during the next decade.

“We’re still running the program, with over 15,000 native super trees now planted along the ship channel, and it’s incredibly popular,” said Deborah January-Bevers, president of Houston Wilderness, in a press release.  “It’s benefiting our city in regions that are critical for air quality, water absorption and carbon sequestration.”

Now, the Houston-area researchers are releasing the three-part framework they used to the public so other cities can follow their example. That framework consists of the following: identifying native tree species that are an optimal fit based on their respective climate and environmental benefits; identifying large-scale native tree-planting locations to distribute the environmental benefits in areas that need it the most; and engaging and educating local leadership to make the planting project a reality.

Planting areas will also differ per city the framework is tailored to. In Houston, for example, some trees were planted along the shipping channel, a highly industrious area that contributes to poor air quality. Other cities might prioritize shade, drought resistance, fire prevention or other parameters to best benefit their particular ecosystem. If each city were to follow the framework that was tailored just for them, they would have a natural solution to help create a more comfortable and healthier place to live, the framework creators said in a press release.