This is a guest post by Jamie L. Vernon, Ph.D., a research scientist and policy wonk, who encourages the scientific community to get engaged in the policy-making process 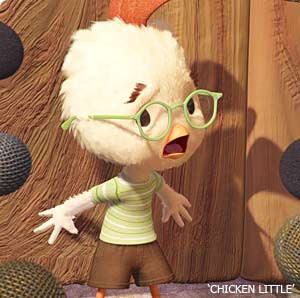 People wonder why the public is skeptical of climate change. I would argue that it is partly the fault of those on the left who for better or worse get the science wrong when arguing their case. When people go out on a limb to claim that extreme weather is occurring due to climate change without any scientific support, they clearly open themselves up to criticism when cold weather events like "snowmageddon" hit us. Similarly, when the impact of oil spills is exaggerated or endangered species protections are misused, there is a natural backlash, especially when the science says something different. There are metaphors and allegories that relate; chicken little, the boy who cried wolf, Harold Camping, etc. Indeed, there are cases where the science justifies the outcry. And in those cases, if activists want to win support for their causes, they should ensure they are using accurate arguments. Stay true to the facts. And, if they make a scientific claim, show the evidence that supports that claim. When I say evidence, I mean real, tried and true, peer-reviewed scientific evidence, not a story about your cousin who claimed his toilet water caught fire because it was contaminated with methane gas. There could be other explanations for that. A hotly contested issue that is popping up in all sorts of places is whether fracking, a process of extracting natural gas, is too risky an operation for Americans to welcome into “their backyards.” The debate is multi-faceted but largely focuses on whether toxic chemicals used in the process are contaminating drinking water in areas close to the drilling. A second issue is whether the fracking process causes natural gas to leak into wells and aquifers. Lisa Jackson, Head Administrator at the Environmental Protection Agency, recently stated in response to a question from the U.S. House Oversight Committee, “I’m not aware of any proven case where the fracking process itself has affected water, although there are investigations ongoing." And yet, opponents of fracking continue to mistakenly claim the opposite is true. Why is the misinformation lingering out there? Without doubt, it's because many people are motivated for various reasons to oppose any form of fossil fuel use. I can appreciate that. There's also a problem when community leaders and other activists promote unscientific arguments. This happened in a recent episode of The Colbert Report, where Stephen Colbert made a fracking mistake. During that episode, he committed more than 5 minutes to the issue. And, in some cases, he ran with material that isn't supported by the science. In one particular instance, he used a clip from CNN that makes the following unsupported claim, "The chemicals which are very dangerous, neurotoxins and carcinogens and the gas itself migrate into the aquifers and then you get this kind of situation where people can all of a sudden light their water on fire...":

That's just not based on the facts, according to the Head of the EPA. Because Colbert gets it right most of the time, I have to wonder whether this was a genuine mistake or if he has allowed himself to be duped by the anti-fracking voices. Either way, the impact is that millions of well-intentioned viewers are now empowered with false information. You have to agree, though, the shtick about the coloring book is fracking hilarious! If we are to take the moral high ground on this issue, we have to wait for the evidence. We should get that evidence from the results of the EPA’s scientific study

. In the meantime, there are issues regarding fracking that merit scrutiny, like where and how do they dispose of the contaminated water leftover from the process and what happens when they have a blowout or a spill. Perhaps, these issues are worthy of opposing fracking all-together. But, it should be our goal to accurately report the science. Follow Jamie Vernon on Twitter

or read occasional posts at his personal blog, “American SciCo.”