World Wakes to Perils of Plastics

Just as countries around the world get serious about their plastic waste, a change in Chinese import policy will leave 111 million tons of recycled plastic with nowhere to go between now and 2030. 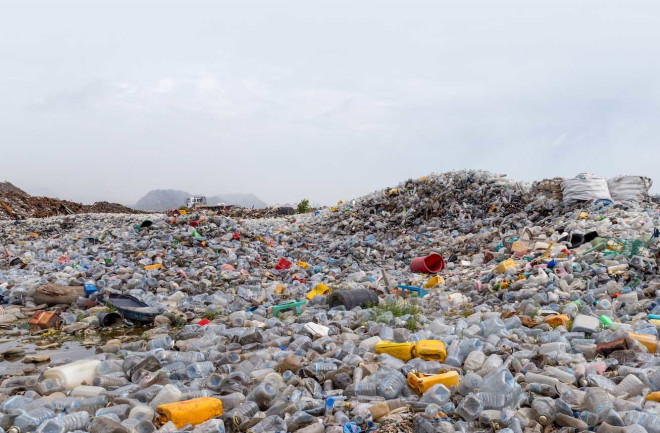 The Maldives, a low-lying island nation in the Indian Ocean already feeling the effects of climate change, has mountains -- of trash, including discarded plastics. The artificial island of Thilafushi was created in the early 1990s as a municipal landfill. | Mohamed Abdulraheem/Shutterstock

Ever since plastics rose to popularity in the 1950s, they’ve become an integral part of our lives, reshaping everything from transportation to health care and construction. They’ve also become a persistent pollutant. Some 18 billion pounds of the stuff winds up in the world’s oceans each year.

Governments and businesses alike are taking action, however. Following California’s 2014 statewide ban on single-use plastic bags, cities across the country have now followed suit. And in Kenya, a year-old crackdown — with fines or prison time for plastic bag use — has been so successful that other African nations are considering similar laws. Even the U.K. and European Union moved toward future single-use plastic bans. Cities from Seattle to Miami Beach and corporations like Starbucks and Disney are proposing bans on, or phasing out, plastic straws.

But just as we’re becoming more aware of the plastic pollution problem, one of our existing solutions, recycling, got caught in a lurch. China takes in a huge portion of the world’s plastic waste — about 45 percent since 1992. But in mid-2017, China banned all imports of non-industrial plastic waste. Few countries, including the U.S., have the infrastructure or business models to process the 250 billion pounds of plastic that would have otherwise gone to China by 2030. Those governments are now chasing solutions.

Of course, China’s ban affects only a small portion of our plastic waste: Americans recycle just 9 percent of their plastics anyway.