Snow May Be Changing, But in What Ways?

Scientists are saying climate change is transforming the amount and type of snow that we see in the winter, though the specifics are far from straightforward. 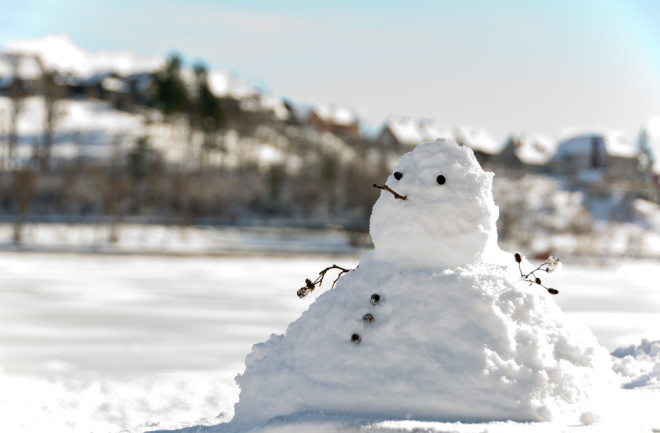 Winters are the time for reminiscing, and for many, remembering the winter weather of seasons past. But, while many think the winter months were once snowier than they are today, is there any truth to this impression? In other words, is the snow that we see in the winter shifting over time?

Though scientists think that snow all around the world is transforming thanks to climate change, figuring out the specifics of those transformations is a tricky task. That’s because climate change impacts snow in a wide variety of ways. In some settings, it decreases snow amounts, and in others, it increases them. Beyond that, climate change also causes new types of snowstorms — and new types of snow — whether amounts are decreasing or increasing at specific sites.

Simply stated, the connections between climate change and snow are convoluted and contradictory, and almost impossible to parse out on your own. So, this is what you’ll want to know about the shifts in the amount and type of snow that we are already seeing throughout the U.S.

Read more: Why No Two Snowflakes are Identical and 4 Other Fun Facts

Overall, studies suggest that wintertime temperatures are warming and are sticking around for shorter periods of time throughout the U.S. Spring is even thawing sooner in the year. This, scientists say, can cause considerable changes in snow, which forms only at freezing temperatures — if and only if the tiny particles of moisture in the atmosphere can consolidate into icy clumps.

In fact, warmer winters and sooner springs can cut the opportunities for flakes of snow to fall from the sky, making it less likely that they come together in the atmosphere in the first place or that they stay frozen as they tumble toward the surface of the planet. This, in turn, can curb the overall spread of snow (also known as snow cover) across the country, as well as the amount of snow that falls and accumulates.

Warmer weather can also cause snow to melt faster, further impeding any accrual (also known as pack) of snow. In fact, whether the amount of snow that falls shifts or stays the same at a particular place, climate change can melt away any and all of the flakes that do touch down, preventing them from sitting on the frozen terrain for months at a time.

As a result, it’s not shocking that snow measures are shrinking all across the country. According to the U.S. Environmental Protection Agency, the average amount of territory that is shrouded in snow in a season is reducing at a rate of around 1,900 square miles per year.

The agency adds that approximately 60 percent of weather stations in the U.S. have seen declines in the fall of snow throughout the past century, with an average decrease of about 0.2 percent per year. More than that, over 90 percent of stations in the western states specifically have seen declines in snow pack throughout a similar period, with an average drop of more than 20 percent.

These trends appear across the U.S., though the western states show the starkest impacts. According to a study in Science, the recent reductions in western snow pack are the worst that the region’s seen in over a millennium, which is a cause for concern. Not only do these accumulations supply people, plants and animals with a source of water in the springtime, but they also moisten the soil when they melt, meaning that their absence raises the risk of droughts and wildfires throughout the region.

Though the snow is dwindling throughout the U.S., this downward trend is far from universal. Some scientists even stress that the warmer weather associated with climate change compounds the amount of precipitation capable of collecting in the atmosphere, allowing for almost 5 percent more moisture for every temperature increase of only 1 degree Fahrenheit.

This means, therefore, that wintertime warming may intensify the fall and the accumulation of snow in a few particularly frigid places, where even warmer temperatures are still stuck below freezing.

In the most mountainous areas of Alaska, for instance, temperature increases are amplifying atmospheric moisture and wrapping the tallest peaks in plenty of powdery snow. An analysis in Nature asserts that the amount of winter precipitation in the area increased around 120 percent throughout the past 200 years, while the amount of summertime precipitation increased almost 50 percent.

In addition to affecting the amount of snow that falls and accumulates, scientists say that climate change is also altering the nature of snowfall and of snow itself.

For instance, some scientists suggest that the warmer weather and the added atmospheric moisture associated with the changing climate are making severe snowstorms much more common in certain segments of the country, apart from any shifts in snowfall or snow pack.

In fact, though the measures of snow in northeastern states, such as New York and Maine, are anticipated to contract throughout the next 100 years, scientists predict much more substantial reductions in mild snowstorms than they predict in severe snowstorms. That’s because the instances in which temperatures will fall below 32 degrees Fahrenheit will become fewer and farther in between, though the storms that take shape when temperatures do fall will be snowier, thanks to the increased moisture in the air.

Moreover, climate change can also modify the structure of individual snowflakes. For instance, the flakes formed in warmer weather are sometimes stuck in a continual cycle of freezing and melting as they fly through the atmosphere, making them smoother, slushier and more prone to melting. Some scientists even think the smell of snow is shifting, too, becoming stronger and sharper as a result of warmer, wetter air.