Slaying The Beast: The Federal Government Tackles Global Carbon Emissions One Computer At A Time

DISCLAIMER - The opinions expressed in this blog post are those of the author alone. They do NOT represent the official opinion, policy, or action of any governmental agency the author may work for or have ever worked for at the county, state or federal level. If you do not like the content or opinions, contact the author, not your Congressmen. 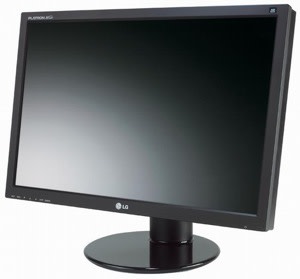 As one of the largest users of electricity in the U.S., the federal government has both an obligation, and an opportunity to help with global carbon emissions. You see, much of that electricity powers the computers that federal agencies have come to relay on for day to day function. And unlike building lights, or climate control systems, computers can very easily be shut down when not in use. According to the August 18 issue of Federal Times, the U.S. Department of Agriculture estimates that switching off monitors after 15 minutes of inactivity will save 47, 601 tones of carbon emissions per year. It will also save AG $5.6 Million per year in electricity bills annually. Add in the hibernation of computers after 30 minutes of inactivity (dropping another 44, 427 tones of carbon and $5.2 Million per year), and you get a total reduction of just over 92,000 tons of carbon per year, and a savings of over $10 million, just from good computer management in on Federal Department. Extrapolated to all 5.6 million desktop machines in the federal government, and the savings balloons to $280 Million per year. And the best part - it's all done by computer software, so the federal bureaucrats don't have to remember to turn things off. So what you ask? What does that accomplish? Well, it all happens because the federal government nation wide will reduce its electricity demand approximately by hundreds if not thousands of kilowatt hours per year (AG estimates a savings of 120 million kilowatt hours per year). That translates in to a lower need for electricity generation during the work day, reducing carbon emissions. If you then added in the potential generation capacity of federal buildings through solar PV, then you have a real way for the government to lead the nation to both reducing electricity capacity needs, carbon emissions from burning fossil fuels, and energy security. Now, I'll admit, it may take a while for all this to become standard technology on government computers. And some agencies (like the FBI or NSA) might object to the whole thing because they may feel their missions would be compromised by having to take an extra ten seconds to reboot a PC to do some critical work. On the other hand, of the nation's electrical grid can't handle the increasing demand, and if the climate is rapidly changing because we don't back off our burning of fossil fuels to provide that electricity, their PC's may not even be able to power up in the first place. My bottom line is this - here's a real, easy solution to taking a chunk out of the carbon emissions load the U.S. places on the global climate. It's also a way, when coupled with sustainable energy generation technologies to make a dent in our energy security needs. If the cost savings are also accurate, then the federal government could reallocate that $280 million to meeting the needs of Americans - something politicians are always clamoring for. And all without loss of jobs, or the need to wait a long time for the price point to come down. Seems like a good idea to me.