Sewage Sludge Is Flush With Gold and Platinum 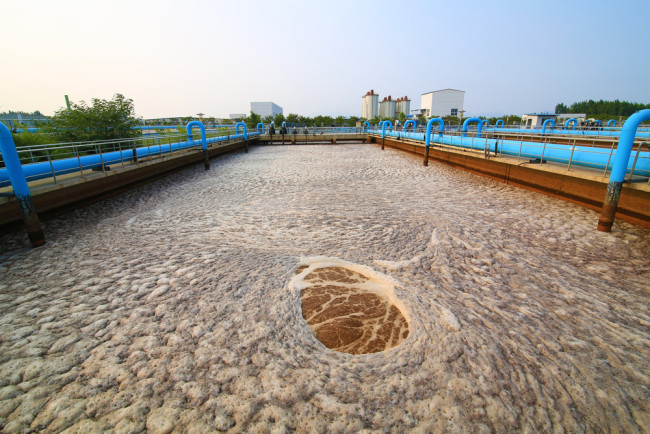 Whoever coined the phrase “you can’t polish a turd” may have been full of crap. As it turns out, a city of roughly one million inhabitants flushes $13 million worth of precious metals down toilets and sewer drains on an annual basis, according to a new study from scientists at Arizona State University. Although those scientists didn’t say whether extracting these metals from sewage sludge is economically feasible, they are encouraging us to look at wastewater as a commodity, rather than, well, waste.

In order to arrive at their conclusion, scientists needed to get knee-deep in you-know-what. They used samples of biosolids — dried sewage sludge — that were collected in 2001 as part of the Environmental Protection Agency’s National Sewage Sludge Survey (and you thought working for the census was rough). The samples, which are stored at the National Biosolids Repository in Arizona, came from 94 different wastewater treatment plants in 32 different states. Researchers analyzed each biosolid sample by using a mass spectrometer, which identifies different elements as they are ionized through super-heating. They identified 13 of the most prevalent minerals in sewage sludge, which included gold, platinum, silver and copper. From this, they calculated that every metric tonof sludge could yield about $280 worth of these 13 lucrative metals. For example, a metric ton of sludge contained about 16 grams of silver and about 0.3 grams of gold. However, these sludge metals and minerals are usually dissolved or microscopic, making them difficult to extract in a cost efficient way. Furthermore, researchers’ $280 per ton estimate is based on harvesting every resource ­from each ton of sludge, which probably isn’t possible. Researchers published their findings this week in the journal Environmental Science & Technology.

Metals get into wastewater in a variety of ways: from electronics and jewelry manufacturers, mining, electroplating and industrial catalysts. Researchers estimate that, globally, 360 tons of gold accumulates in sewage sludge every year. What's more, metals are a growing problem. Water conservation efforts are reducing the volume of wastewater, but levels of dissolved metals and minerals are expected to stay the same, resulting in higher concentrations of pollutants. Heavy metals are detrimental to the environment, so researchers say treatment plants will need to find new ways to remove them from wastewater to meet EPA standards. Therefore, it may eventually make sense to recover resources from biosolids to offset treatment costs, which would help the environment in return.

The Sweet Scent of Sewage

Extracting resources from sewage isn’t a new idea. For nearly 90 years, the Milwaukee Metropolitan Sewerage District has pulled nitrogen and phosphorous from Milwaukee’s wastewater to produce Milorganite — a popular fertilizer in North America. A sewage treatment facility in Japan already harvests gold from incinerated sludge — roughly 1,890 grams per ton. So, forget about trekking to the Yukon Territory or the hills of California for your next gold-panning excursion. Instead, flip open a manhole cover and search for riches in humanity’s rivers of sewage. (We’re joking of course. Seriously, don’t do that.)