Scotland’s Oldest Snow Patch May Not See Another Sunrise 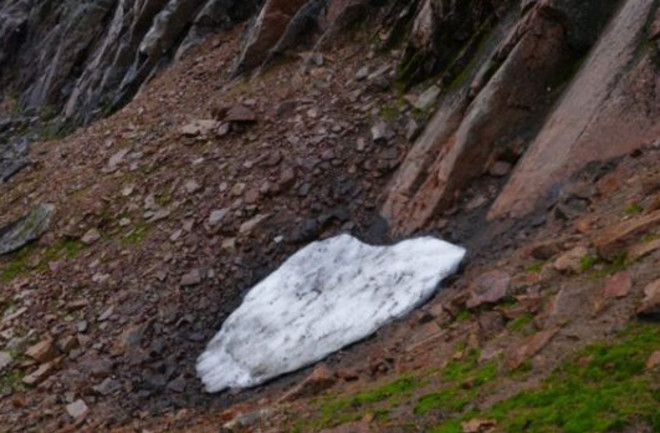 (Credit: Iain Cameron) Resting beneath the 1,000-foot cliffs of Scotland’s Aonach’s Beag mountain range, The Sphinx –one of the country’s proudest snowcaps—is on its deathbed. “It’s a very sorry sight,” says Iain Cameron, a leading snow expert and arguably one of Edinburgh’s most dedicated “snow patchers,” a group of people who seek out and track the changes in the island’s coldest landmarks. These patches “tend to sit in the little gullies and corries below the peaks,” Cameron told Atlas Obscura. The Sphinx, which dwells between the higher points of the Garbh Choire Mor in the Cairngorms, is not only Scotland’s oldest snow patch, but is typically its most vigorous. The island’s craggy and dynamic slopes offer a place for snow patches to nestle throughout the warmer spring months. Some, like The Sphinx, have even been known to endure until the end of summer. On average, there are nearly 100 patches left come September. These numbers, sadly, have plummeted in recent years, and continue to do so at a chilling rate.

Atrocious weather today on the walk to Garbh Choire Mor. Pinnacles patch has melted, and Sphinx has a matter of days left. I'm displeased. pic.twitter.com/sQgrPfspf8

In 2016 there were approximately 82 patches remaining by the end of summer. This year, only two remain. Cameron, who has been dutifully tracking the Sphinx’s final hours, is keeping vigil over the once proud patch, which could already be gone by the time of this writing. Should Cameron’s predictions hold true, this will be the first time in over 11 years that Ben Nevis, Scotland’s highest mountain range, is completely snowless. As sad as it is to see these snow pockets circling the drain, their demise has led to an increasing level of awareness regarding these subtle but potent changes in climate. Cameron explained to The Guardian

that, “a multitude of people are now aware of what I do.” His enthusiasm has also inspired a group of volunteers to conduct annual surveys, which have been providing the scientific community with valuable data since 2008.