Environmentalism needs good villains. Rather than rely on the public's ability to blame its own high-consuming tendencies, it's nice if we can let them point to somsebody who's trying to kill us all. Sarah Palin is just the thing. 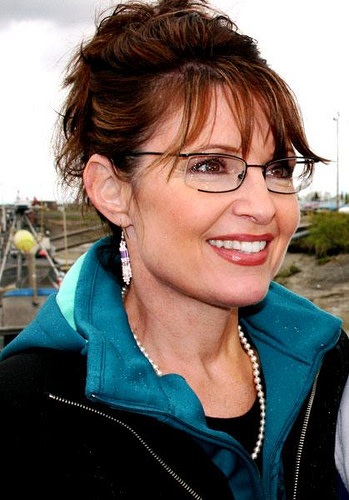 I mean, look at her. That is the smile of the demonically possessed. More substantively, she is typical of Alaskan Republicans in that she's a staunch ally of big oil. She supports drilling in ANWR, and generally comes down in favor of letting energy companies run pipelines wherever they want. They in turn have contributed generously to her campaigns. She has apparently already caused Hurricane Gustav, which, according to New Orleans Mayor Ray Nagin, who has orchestrated a relatively orderly evacuation, looks to be a worse storm than Katrina.