Far from fault lines, intraplate earthquakes can be sudden and surprisingly intense. 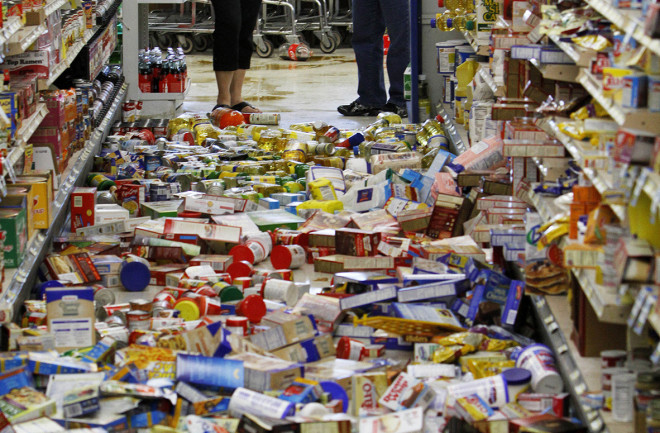 California has borne the brunt of several deadly earthquakes, in part because of its famous San Andreas Fault (SAF), where two of the planet’s constantly moving tectonic plates move against each other. These plates don’t always slide easily: Stress builds up, and earthquakes occur when they suddenly shift, just as a stubborn weed may suddenly give way when steadily pulled by an angry gardener.

But a different kind of tremor also puts people at risk. Unlike traditional interplate examples, intraplate quakes occur in the interior of a tectonic plate, far from where many people would expect. Smaller faults also exist within plates, and when pressure builds up, they, too, can suddenly give way, causing an intraplate earthquake like the 2011 one centered in Mineral, Va., or the famous New Madrid quakes of 1811 in the Louisiana Territory. Although these temblors are much rarer, they can pack a deadly punch.

In a recent paper in Bulletin of the Seismological Society of America, geologist Colin Amos of Western Washington University and colleagues found that an 1872 quake hundreds of miles from the SAF was among the largest in California history, reaching 7.7 to 7.9 on the Richter scale. “These results leave open the possibility that intraplate quakes produce more intense earthquakes than plate-boundary quakes,” Amos said. “This high-intensity shaking is something we really need to be aware of.”

Heavy shaking isn’t the only danger from intraplate quakes. A study in Nature Geoscience showed that they strike more suddenly, too. Many interplate tremors arrive after some low-level shaking, detectable by worldwide arrays of sensors, but intraplate quakes usually do not. Given that intraplate quakes frequently occur in places without strong building codes to guard against such damage, a strong one could prove particularly devastating.

[This article originally appeared in print as "A New Take on Quakes."]