Air filters could raise test scores in schools as much as cutting class size by a third. 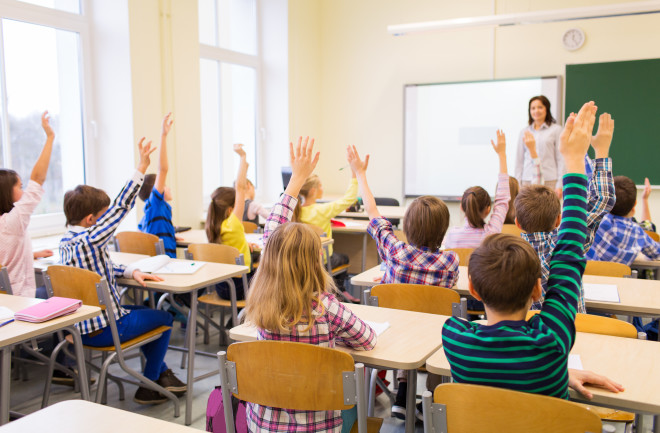 In late 2015, a gas leak sprung in a Los Angeles neighborhood, lasting several months and sparking a flash of public health concerns. After the gas company responsible placed air filters in every school classroom within 5 miles of the leak, New York University economics researcher Michael Gilraine wanted to explore whether improved air quality had any impact on student performance.

In short, does better air lead to better test scores?

In a working paper released earlier this month, the economist revealed the somewhat surprising consequences of the leak and its aftermath — student test scores actually improved. And not just by a little, either. The study suggests that installing air filters in classrooms could boost test scores by the same amount as cutting class sizes by a third.

Something in the Air

For years, scientists have known that poor air quality is linked to health concerns like bronchitis and asthma. Yet, recently, several studies have shown that indoor air pollution can harm cognition and academic performance, too.

In 2019, a study used air quality information from German chess tournaments to show that an uptick in indoor particulate matter — pollutants suspended in the air, including dust, pollen, soot and smoke — raised the player’s likelihood of making a mistake. Beyond that, a 2015 study explored school renovations in a single school district and found that mold removal and ventilation improvement projects increased test scores among students, raising the rate of passing grades by roughly 3 percent.

In 2016, following the Los Angeles leak, the Southern California Gas Company paid to have air filters installed in every classroom, office and common area in all 18 schools within 5 miles.

Surprisingly, air testing inside the schools during the leak — before the filters were added — found that the buildings weren’t contaminated by any natural gasses. Gilraine suggests that because the air filters were simply removing common indoor pollutants, not gas, the results of the study should extend to other schools and settings.

In the paper, Gilraine was able to compare student performance among the schools that received air filters with nearby schools that were not part of the air filter program. He found that air filters were linked to upticks in both math and English performance — math scores went up by 0.20 standard deviations, and English scores by 0.18 standard deviations. These are roughly the same improvements seen when class sizes are slashed by a third.

The study suggests that installing air filters in more schools could give student achievement a serious lift at a relatively low cost. And because air quality tends to be worse in lower-income communities, Gilraine notes, investing in better air could raise test scores nationwide while shortening the socioeconomic performance gaps in public education.

The paper has not been peer reviewed.