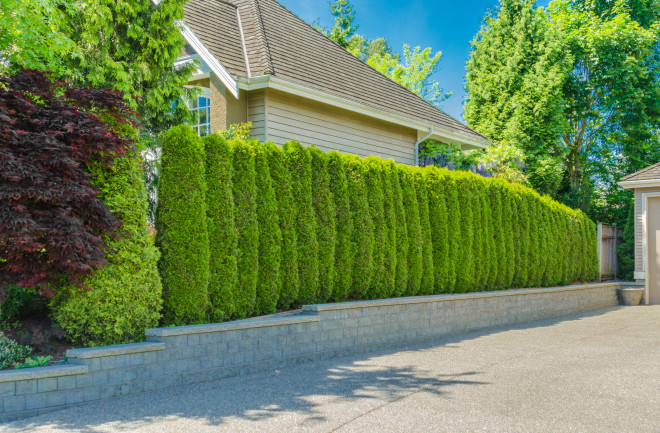 Trying to sleep on a noisy street amidst blaring car alarms and crunching construction machinery is, in a word, terrible. So is trying to work, relax, or spend time with loved ones — which is why the World Health Organization first declared noise to be a pollutant back in 1972. And beyond banning leaf blowers, some researchers have weighed whether shrubs, trees and other greenery can help muffle the noise.

The possibility is one scientists first started to regularly investigate about 30 years ago, says Jian Kang, an environmental acoustics researcher at the University College London. Different studies have suggested that greenery has the potential to reduce noise by up to about five to 10 decibels, says Kang, a difference that’s large enough for people to perceive as being half as loud as before.

By studying how foliage interacts with sound, researchers have pieced together how plants act as mufflers: Leaves quiver when hit by sound waves, marking a transfer from audible energy to physical energy that dissipates sound. Leaves can also deflect sound waves, bouncing them off into new directions and away from reflective hard surfaces or our ears.

Most of the studies documenting how trees reduce noise take place in fairly strict settings, however. Labs might simulate how well a dense row of hedges blocks out sound, or researchers might measure the volume of a single noise on the other side of trees. That’s what one research team did in a recent study comparing the noise-deadening qualities of 35 different real tree belts. Some could cut the volume of a traffic sound clip by over six decibels.

But noise pollution is often a cacophony of competing sounds, and can't be attributed to a single car cruising down one road in town, says Audrey Smargiassi, an environmental health researcher at the University of Montreal. Life in cities means all kinds of noise coming from several directions at once. “Limited information exists regarding how the presence of vegetation, specifically trees, can reduce noise in such conditions,” Smargiassi says.

How well plants mask noise likely depends on how they’re chosen and planted, too. Dense hedges are a better fit for blocking off noise in wide open spaces than, say, a single row of trees, Kang says. In one simulation study, the layouts that managed this degree of sound blocking were over 16 feet deep. Branches and the foliage probably have to extend far down the trunk of the trees to avoid empty spaces the sound can whistle right through.

But a lack of information about how well foliage can block out a myriad of city sounds, combined with the infinite number of ways greenery can be landscaped, makes narrowing in on the perfect green sound barrier configuration a challenge. Sometimes, people craft quality tree sound barriers through intuition alone. “When we do studies, we always see situations where [greenery is] doing a good job — like a hedge or rows of trees — but it’s not designed by landscape architects,” Kang says.

Kang also notes that, overall, the concept of designing greenery to keep out loud sounds isn’t regularly taught to city planners or landscape architects. “Textbooks might have a sentence or two on this, but all this is not that well-known,” Kang says. Part of the struggle may stem from the fact that each plant sound barrier might behave differently, and that city streets could have unique (and drastically different) noise problems.

Still, there's plenty of potential for architects or developers to construct forested strips that act as sound buffers. Professional designers might also take advantage of the ways our other senses contribute to the way we perceive sound. In a recent study that surveyed people walking through city streets in Harbin, China, Kang and his colleague found that those on the two roads with lilac plantings reported being less annoyed by traffic noise.

Though intentionally designing parks or forested areas to block out noise is relatively uncommon, says Kang, it's a tactic that landscape designers could put to use more often. Maybe then some of us will have the peace and quiet we crave.