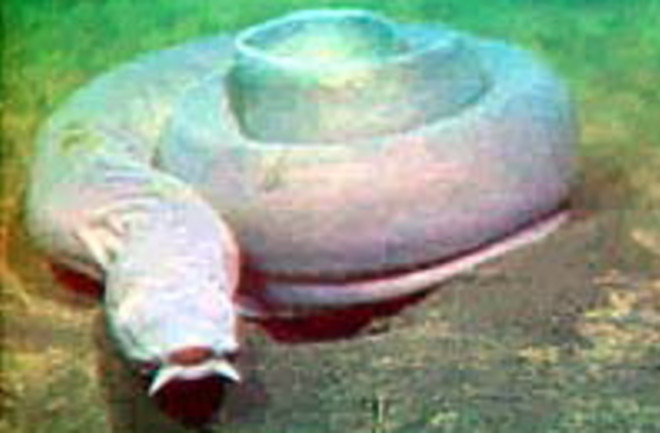 We're three days into the science writing class here at Shoals Marine Laboratory, and the exhaustion and enlightenment are neck and neck.

Monday we arrived on Appledore Island and settled in among the squawking herring gulls, which grudgingly walk out of our way as we walk by, as if to say, it's our island. Tuesday morning we marched out to the northern edge of the island to learn about the intertidal zone, the place where the ocean meets land in necklace of pools and rocks battered by waves and coated in slimy algae.

A wicked lightning storm promptly drove us back to safety, and we spent the morning learning the intricacies of parasites that reign supreme in the intertidal zone, infesting snails, crabs, fish, and those squawking gulls. In the evening we were able to return to the intertidal zone in peace, to inspect cages where hapless crabs must wait to be infected by their parasite overlords. We were disturbed only by mosquitoes, which seem to be able to hammer nails into the skin. It turns out that these parasites (flatworms called trematodes) don't just affect their host species, but can even influence how much algae grows there, because infected snails eat less than healthy ones. And the sheer mass of the parasites is astounding, with most of the snails in the higher parts of the zone merely puppets for trematodes. Knowing that, I feel even more at home here.

Tuesday we pursued the White Whale of vertebrate evolution, the hagfish. It's a hit-or-miss affair, and in our case it was a miss. We traveled for an hour from Appledore Island to reach a Shoals hagfish trap, hoping to bring up some live ones. En route we saw astonishing gatherings of tuna leaping out of the water, along with fin whales lifting their stately backs. When we reached the trap buoy, the students learned how to haul a tub 400 feet up from the bottom of the sea. (Note the rope in hand and the reporter's notebook stashed in the back: true hands-on journalism.)

Sadly, only mud and bait fish were inside.

Back at the lab, the director of Shoals, Willy Bemis, cut open some hagfish he caught earlier this year to show why it's worth going so far for a fish. Hagfish are not-quite-vertebrates. They have a brain and a braincase like us, along with a few other vertebrate-like traits, but they fall profoundly short. They have no skeleton but just a rope of cartilage they can tie into knots. And they have evolved weird traits of their own, like a sideways set of jaws and the ability to spew slime.

The students are now pounding out stories late into the night, and there's more in store: the history of New England recorded in shells and bones, the migration of birds from equator to Arctic, and the three-dimensional X-ray animation of bodies in motion. By Sunday, they'll have written up their final stories, which they will be publishing here. And then we can enjoy the view from the classroom in peace.