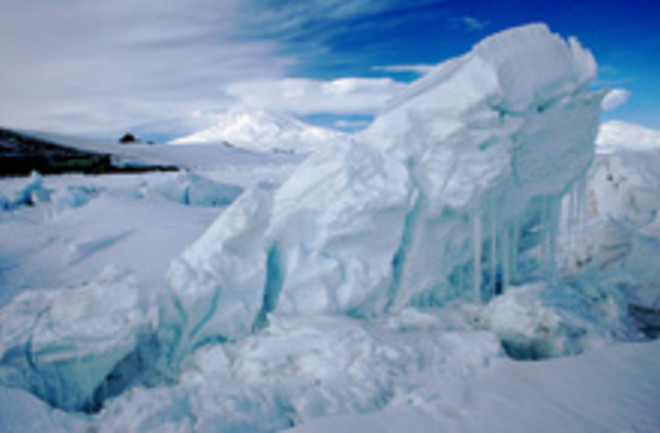 At the bottom of the world, fluctuations in sea ice surrounding the frozen continent of Antarctica have posed a puzzle. In West Antarctica, the vast Wilkins Ice Shelf off the Antarctic peninsula appears to be headed towards a collapse. But in East Antarctica, sea ice has been expanding since the 1970s. Researchers from the British Antarctic Survey and NASA set out to determine what was going on, and quickly ruled out one possible answer: Global warming is not an illusion, they say, and Antarctica as a whole is gradually warming up, as is the world at large. The answer to the riddle, they say, lies in a different (and almost forgotten) environmental problem: the hole in the ozone layer, which has altered weather patterns around Antarctica.

These changes have drawn in warm air over the Antarctic Peninsula in West Antarctica and cooled the air above East Antarctica [New Scientist].

Antarctica's sea ice had expanded most in the Ross Sea, south of New Zealand. "It's the classic way that sea ice is produced. You get an offshore wind which blows the ice away from the shore and exposes open sea water which then freezes over because of the cold air" [Reuters]

, he says. The study, published in the journal Geophysical Research Letters, also notes that warm air is drawn from South America over the Antarctic Peninsula, contributing to the collapse of 10 ice shelves around the peninsula since 1950. But researchers warn that global warming's effects will catch up with East Antarctica eventually, saying that

the ozone hole was only delaying the impact of greenhouse gases on the climate of the White Continent. If ozone levels recover as expected over the next 100 years, thanks to the international ban on damaging [chemicals], weather patterns will return to normal and Antarctic sea ice will shrink rapidly, they said [Telegraph].