On Global Warming, Houston Chronicle Does the Government's Job 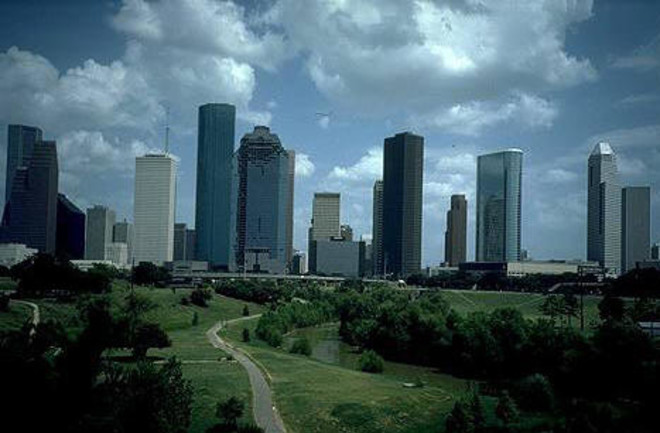 I was just surfing the great science blog of Eric Berger, who writes for the Houston Chronicle, when I found a post with this title: "The forecast for Houston, a century hence." You see, Berger has gone and done a big story about how global warming will affect Houston--and what Houstonians can expect from the future. It's responsibly reported, and necessarily tentative in some of its predictions--but also troubling. An excerpt:

Scientists differ on whether hurricanes would become stronger and if the exceptionally active 2005 Atlantic hurricane season would become the norm. However, with at least a foot or two rise in sea level -- and possibly much more if the Greenland and Antarctic ice sheets melt more rapidly than expected -- high tides and storm surges could inundate low-lying areas, including much of Galveston Island, scientists warn. Much of the upper Texas shoreline already is receding.

Anyway, when I read Berger's story it immediately prompted two thoughts: 1) Good for The Chronicle for running this piece; 2) This is what the U.S. government ought to be doing, in a scientific rather than journalistic mode. The Bush administration, as is widely known, quashed the National Assessment process, which was designed to scientifically analyze climate change impacts to specific regions the United States. Hillary Clinton and many others want to bring it back. And indeed: Without such an assessment, we have little option save to rely on talented journalists like Berger who can interview scientists and try to figure out what to expect. This is valuable reporting when it happens--but it's also no substitute for a federally funded, peer-reviewed, multi-scientist assessment process. The American public deserves a high caliber, comprehensive, and regularly delivered report--not occasional stories, however good, from some journalists in some regions. I mean, what about all the other parts of the country that don't have an Eric Berger to fill them in on what the future may hold?