No One Knows How Long the U.S. Coastline Is 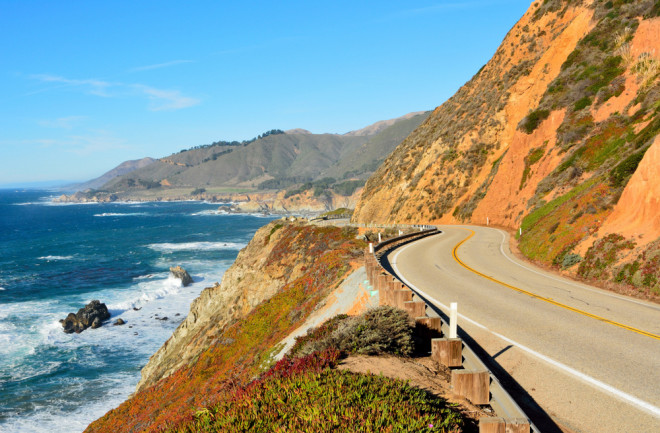 The coast of California. (Credit: Alizada Studios/Shutterstock) How long is the U.S. coastline? It's a straightforward question, and one that's important for scientists and government agencies alike. The U.S. Geological Survey could give you an answer, too, but I'm going to tell you right now that it's wrong. In fact, no one could give you the right answer, and if you look around, you'll find a number of estimations that differ by seemingly improbable amounts. One government report lists the number as 12,383 miles. The same report admits that a different government agency says the figure is actually 88,612 miles. That's an almost eight-fold disparity for a fact that seems simple to obtain. We all know how to use a ruler, right?

Well, we all know how to measure a straight line, but what about a curve? And what if that curve has curves? The crux of the problem comes down to geometry, and the fundamentally uneven nature of coastlines. Though the border between land and sea may look fairly straight when seen from far away, they're anything but. Coastlines jut and dip, curve and cut, and each deviation from a straight line adds distance. Some of these features are massive, like bays, while others are miniscule. Measuring each and every inlet is inefficient, so surveyors necessarily cut corners and straighten rough edges into easily manageable lines. The scale various groups use is different, though. Where some might take a measurement every mile, others may take one every ten feet. The smaller the scale, the longer the distance. If we want to get really technical about it, the only mathematically satisfactory answer to the coastline paradox, as it's called, is that every single coastline is infinite. Think about it: Every boulder protruding into the sea makes the coastline a little bit longer. And every bump on that boulder represents its own little contribution. The grains of sand sitting on those bumps add to the measurement — go small enough and the molecules themselves become their own uneven coastline. Add up all these numbers and you're approaching the infinite.

It's a heady problem, but if you're feeling overwhelmed, don't worry, you're in good company. The question vexed even one of the foremost mathematical minds of the 20th century, and even served as partial inspiration for a mathematical concept that's been applied everywhere from architecture to chaos theory. It's called a fractal, and if you've been thinking about coastlines, it probably looks pretty familiar. The term was coined by mathematician Benoit Mandelbrot, and though he didn't necessarily invent the concept, he certainly did more than anyone to champion it. A fractal is a shape that contains the same pattern at every scale, no matter how large or small. The Mandelbrot set is one of the most famous examples of this — an alien continent fringed with spiky radiations that looks exactly the same no matter how far you zoom. The "coastline" of the Mandelbrot set is infinite, because it never straightens out.

The Mandelbrot set. (Credit: Wikimedia Commons) Actual coastlines are similar, to an extent. The closer you get, the more detail you see — try zooming in on Norway in Google Maps, for example. In a 1967 paper titled "How Long is the Coast of Britain?" Mandelbrot discusses the issue at hand. Spoiler: He doesn't get an answer. And Mandelbrot saw fractals all over the place: mountain ranges, clouds, lightning bolts, tree bark and more. Nature is more difficult to measure than we think. In practical terms, it means that our estimations of coastlines, and borders too, are more open to interpretation than we might like. With better technologies for imaging and analysis, our measurements will certainly get better, and, most likely longer as well. But even then, the answer is a moving target. Coastlines are in state of constant flux as volcanoes spill new land into the sea and the waves in turn grind the landscape away. The coastline constricts every time the tide comes in, and stretches out with its passing. Ultimately, there may never be an answer to the question. The intricacies of geometry and geography make it more of an exercise in philosophy than anything else, and that's probably OK — we can get by with approximations. Just hope it never shows up on "Jeopardy!" (h/t Atlas Obscura)