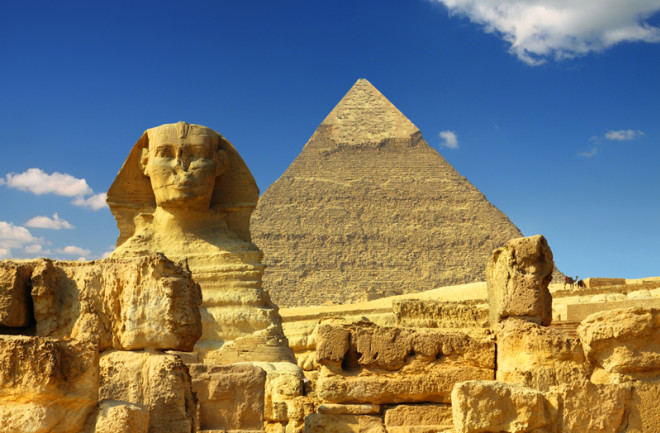 The transition from a nomadic culture to a slave-powered state allowed ancient Egypt to later accomplish feats like building the pyramids. Image credit: Kokhanchikov/Shutterstock Despite being one of the most intensely studied civilizations, ancient Egypt still has its secrets. Today, however, there's one fewer mystery. A team of multidisciplinary researchers has established the first absolute chronology for pre-Dynastic Egypt, upending previous theories about the pace of the state's development. The prehistoric Egyptians — a nomadic, pastoral society — transformed into a formal state with an apparently divine ruler much more quickly than earlier studies suggested, according to findings published today in the Proceedings of the Royal Society A.

Clues in the Clay

Archeologists had previously established a relative chronology (one whose dates are relative to one another, rather than absolute)based on the evolution of pottery styles typically found at funerary sites. The radiocarbon dating method they used offered an important, if imprecise, timeline with limited context about broader cultural trends. It estimated the Naqada period, which marked the transition away from an unorganized society, to have begun around 4000 BCE and the date of the foundation of the Egyptian state as ranging from 3400 to 2900 BCE. Researchers were eager to narrow that 500 year range, however, to solidify the relationship between the rise of the world's first formal state, the advent of a system of writing and widespread adaptation of intensive agricultural practices, all of which seem to have developed in Egypt around the same time.

The new approach combined archeological data and radiocarbon dating with statistical modeling. Using 186 radiocarbon-dated samples from museum collections and the field, the team applied Bayesian analysis, which models probabilities based on logical beliefs. For example, when testing a sample that included charcoal remains, researchers assumed that the tree from which the charcoal was derived was older than the sample itself — logically, it would have to be, since a tree could not grow, be felled, burned and its charcoal used all at once. Additional modeling, based on other reliably-dated samples, was applied to refine the results. Using this more precise, multidisciplinary method to create the absolute chronology, researchers established that the Naqada Period began 3800-3700 BCE, about 300 years later than previously theorized, while the Egyptian state's foundation dates to 3100-3050 BCE, earlier than many estimates. The new timeline means the period of organization from a pastoral society to the world's first formal state was only 600-700 years. Although the rapidity of the state's formation is itself of interest, the team's establishment of an absolute chronology will also allow greater accuracy and depth of understanding in future research on the Pre-Dynastic period.