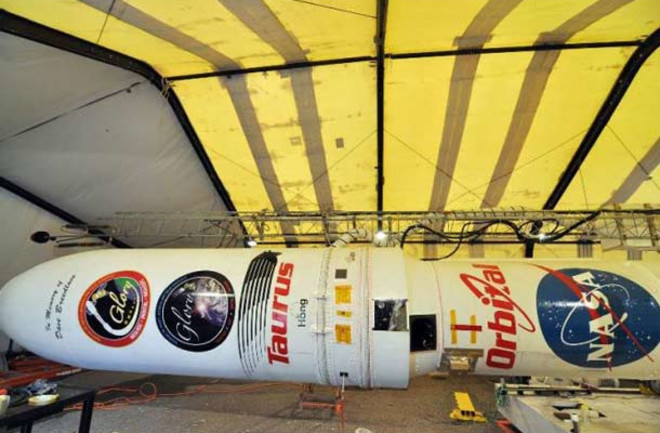 Starting this week, NASA will have a new eye in the sky to better sort out the way that greenhouse gases, air pollution, and solar activity interact to affect the climate of our planet. The Glory satellite, currently set to launch on Friday, will spy on changes both in our atmosphere and in the sun.

Its main job will be to study fine airborne particles known as aerosols. Smaller than the diameter of a human hair, these specks can move great distances across the globe and are largely responsible for hazy skies. [The New York Times]

Greenhouse gases and their contribution to climate change have been the subject of much research, of course, but aerosols remain murkier. Climate scientist James Hansen

, a member of the Glory team, says researchers must use an uncertainty range for modeling aerosols that's three to four times greater than what they use with greenhouse gases, simply because the contribution of aerosols is much less understood.

The Glory mission will, if all goes according to plan, collect data on the micro-physical, chemical and optical properties of aerosols using two instruments—an Aerosol Polarimetry Sensor (ARS) and a Total Irradiance Monitor (TIM)—that will monitor the climate system and provide new data for scientists working on the issue of climate change. The APS will collect visible and near-infrared data scattered from aerosols and clouds and the TIM, mounted on a special track that allows it move independent of the satellite, should record total electromagnetic radiation given off by the sun that hits the top of Earth's atmosphere. [The Atlantic]

Those two monitoring systems not only will allow scientists to take better measurements of the aerosols in our atmosphere, but also they will track the small changes in sun's radiation as it progresses through its cycles.

"Those fluctuations do not explain the global warming the planet has experienced in the last few decades," said Judith Lean, a member of Glory's science team and a researcher at the Naval Research Laboratory in Washington, D.C. "However, it's possible -- probable even -- that longer-term solar cycles exist that could have an impact on climate." [Space Daily]

When it comes to changing the climate, Lean says, the small effects of the sun's cycles are overwhelmed by the effects of pumping greenhouse gases in the atmosphere. Yet the historical record suggests that when the sun stays quieter than normal over many cycles, it plays a role in climate trends. The famous example is the Maunder Minimum

, when the sun was especially quiet throughout the late 1600s and Europe experienced terribly cold winters. The question the Glory mission will help answer, then, is how a prospective long minimum in the future might interact with the ways humans have changed the Earth.

The Gleissberg Minimum at the end of the 19th century may foreshadow the future of sun-induced cooling. The sun was quiet, but "not a lot of people have recognized that as a colder period of time for the United States," [solar physicist Tom] Woods said. "We're starting to see other effects from greenhouse gas burning. It was masked to some degree." [Scientific American]

DISCOVER: The 9 Industries That Will Be Most Screwed By Global Warming (PHOTOS)

DISCOVER: 11 Space Missions That Will Make Headlines in 2011