Mystery of the Missing Megamammals

What happened to the animals displaced by Africa's current species? 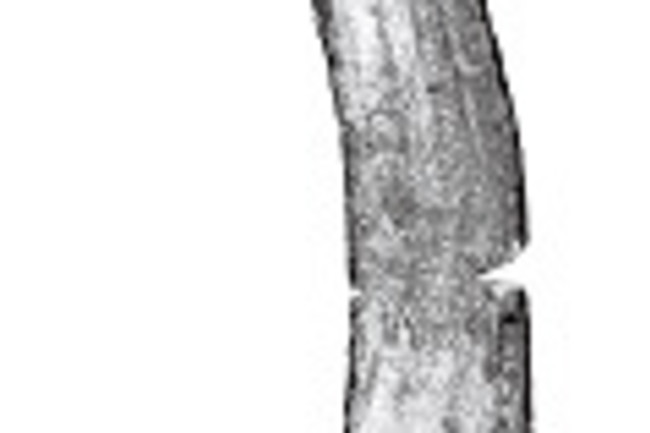 Most of Africa’s signature species hail from Europe: The ancestors of lions, giraffes, and hippos made their way onto the savannas when the Afro-Arabian continent bumped into Eurasia 24 million years ago. So what happened to the native mammals they displaced?

Paleontologist John Kappelman of the University of Texas at Austin is finding the answer in northern Ethiopia, where he recently excavated the remains of five new elephant relatives (including the tusks seen here), huge rodent like hyraxes, and a late Arsinoitherium, a seven-foot-tall rhino-shaped beast that sported a pair of enormous conical horns on its snout. The fossils indicate that Africa was home to a diverse mix of mega mammals. “Until now it was thought that the European immigrants were so successful because they moved into a virtual ecological vacuum, emptied out by changing climate,” Kappelman says. More likely, he argues, the European mammals arrived with specialized adaptations that allowed them to outcompete the natives. The efficient ruminant stomachs of gazelle, antelope, and impala ancestors, for instance, probably gave them an advantage over hyraxes, with their simpler stomachs.

The most diversified species, such as the predecessors of mastodons and elephants, thrived after the European invasion. But those that were more specialized, such as the fearsome Arsinoitherium, continued to evolve for only a short time before dying out. “It’s a shame,” Kappelman says. “It was a strange-looking animal that would have been a main attraction at any zoo.”