More Floods, Droughts, and Hurricanes Predicted for a Warmer World 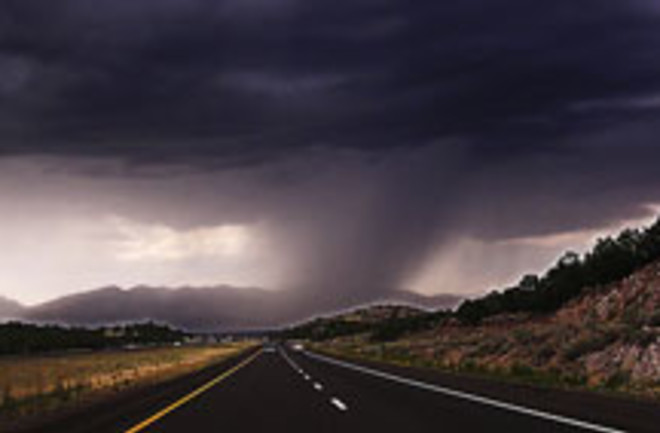 Brace yourself. That's the underlying message in a new report from the federal government, which predicts more extreme weather events in North America as a result of human-caused global warming. According to the report, in the coming decades we can expect more droughts, heavy rainfall, heat waves, and hurricanes; these weather events will be both more commonplace and more intense. The report, from the Bush administration's U.S. Climate Change Science Program, says these changes are already apparent.

Elevated temperatures in recent decades already have led to more intense rainstorms in the Midwest, Northeast and Mid-Atlantic regions, said Thomas Karl, co-chairman of the report. "The probability of heavy downpours is increasing, which leads to events like what we're seeing in the Midwest," said Karl [Bloomberg]

, referring to the heavy floods that inundated Iowa and Missouri in the past week. Heavy rainfall becomes more likely in a warmer world because the warmer atmosphere can hold more water vapor, which can then be dumped down all at once. Meanwhile, in the arid Southwest, hotter temperatures will cause water to evaporate from the ground faster, leading to more droughts. In California, the mountain snows will melt earlier in the spring, leading to droughts and wildfires later in the season. The evidence on global warming's influence on hurricanes is a bit more mixed: Climate models suggest that hurricanes' rainfall and wind speeds will both be amplified by human-caused global warming, the report says, but it also calls for more studies. All total, there's enough to worry about in these predictions that the report concluded that [t]he biggest impacts of global warming will be from the shifts in the frequency and duration of extreme events, not the slow rise in the average temperature. [

Democratic legislators say the report spotlights the need for congressional action on a bill to curb greenhouse gas emissions, which are the main cause of global warming.

"There is no safe haven. There is no place you can live that won't suffer the consequences of global warming," said Rep. Ed Markey, D-Mass., chairman of the House Select Committee on Energy Independence and Global Warming. "People have been watching huge floods, droughts, storms that are otherwise unaccountable and historic in their nature. And now people, I think, will have the dots connected" [ABC News].

Image: flickr/are you my rik