Putnisite is as aesthetically pleasing as it is geologically novel. 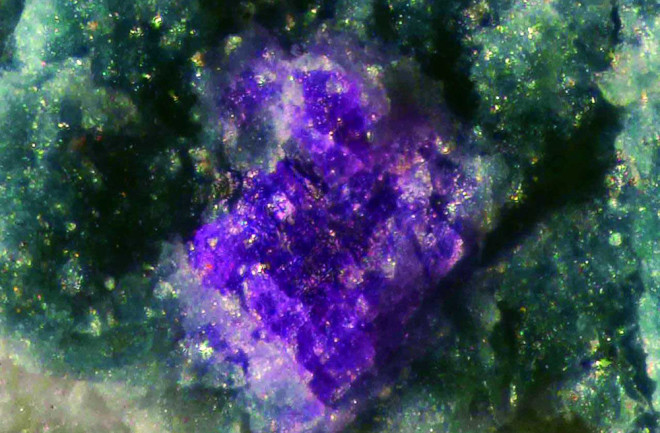 When a Western Australian mining company stumbled across some strange-looking purple-pinkish rocks in 2006, it handed them over to geologist Peter Elliott of the South Australian Museum.

Eight years of analysis later, Elliott announced in April that it was a previously unknown mineral, which he dubbed putnisite, after mineralogists Christine and Andrew Putnis.

Putnisite has both style and substance: The shimmering mineral has an otherworldly look, and while most new minerals are chemically or structurally related to other known minerals or synthetic compounds, putnisite is unique on both fronts.

[This article originally appeared in print as "A Rock Like No Other."]