Meet the Mushrooms That Could Build a House 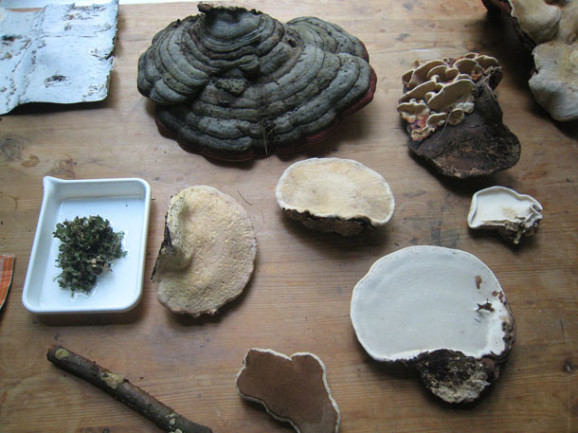 Bay Area based artist-inventor and amateur mycologist Phil Ross has an international patent pending on a method of producing fungus as a sustainable construction material. It may be surprising to hear that a biodegradable, durable, and non-toxic building material is on sale in the vegetable aisle at the supermarket. However, it's not the tasty caps that Ross is after, but the root-like fibers of mushrooms form an enormous underground tangle called mycelium. Dried mycelium forms a lightweight mold and water resistant fire-proof material that is an effective insulator. It is also very sturdy stuff. Bob Engels of Gourmet Mushrooms notes, "Hardened steel blades on equipment at our farm need regular attention following their encounters with these massed threads of hyphae."

Ross reported that multiple saw blades and metal files were destroyed while shaping the five hundred mycelium bricks he grew into an archway. The archway was a 6x6 foot sculpture titled Mycotectural Alpha, and was likely the first man-made structure made entirely out of mushrooms. Others have taken notice of the potential of fungus--a new start-up called Evocative Design producing mycelium alternatives to styrofoam and insulation material has received grants from the National Science Foundation, the Environmental Protection Agency, and the Department of Agriculture.

Ross's "biotechnical" artwork encompasses drawings, paintings, sculptures, prototypes, and extensive materials research. Over the past 15 years he has been experimenting with fungus, growing and shaping mushrooms in sterile laboratory-like environments, even learning to make his own air filters to provide the necessary clean air. He says mycelium bricks can be grown in about a week from a mixture poured into a mold, but the more organic-looking mushroom sculptures that are created by adding or subtracting gas or air from their growing environment can take years to create. the artist explains how the "myotecture" bricks are made:

"Mushrooms are grown by packing sawdust into airtight bags, then steam-cooking the packed bags for several hours. After these pasteurized wood chips have cooled down small pieces of mushroom tissue are introduced into the bag, which eagerly devours the neutralized wood. As the fungus digests and transforms the contents of the bag it solidifies into a mass of interlocking cells, slowly becoming denser and taking form. Like plaster or cement, mushrooms can be cast into almost any shape. Mushrooms digest cellulose and transform it into chitin, the same material that insect shells are made from. The bricks have the feel of a composite material with a core of spongy cross grained pulp that becomes progressively denser towards its outer skin. The skin itself is incredibly hard, shatter resistant, and can handle enormous amounts of compression."

Ross is also the founder of Critter, a DIY biology salon presenting classes, workshops, lectures and events further exploring the environment, science, technology, music and food. On October 27th you can see fungal furniture and other prototypes at the Workshop Residence in San Francisco. The Intimate Science exhibition has a large selection of Ross's fungal experiments and will be touring Connecticut, Southern California and Louisiana through 2013.

"Polypore fungal samples collected in the North East of the US. These sprout from trees that the fungi are in the process of consuming from the inside out, transforming lignin and cellulose into chitin. Sample tissues can be collected and cultivated from these organs." 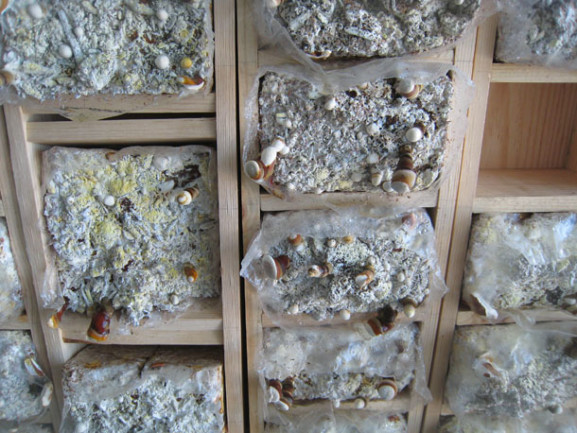 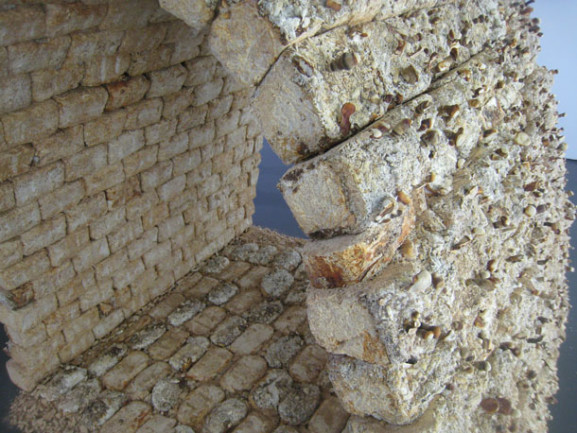 Mycotectural Alpha, Eating The Universe, Kunsthalle Dusseldorf, 2009. This structure was boiled down and drunk as tea by gallery visitors. 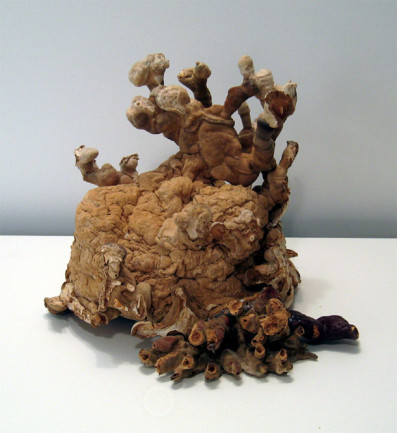 "From the Pure Culture series, 1997-present. 16” x 12” x 12”. This reishi fungus took form over a two-year period and was cultivated with high levels of carbon dioxide and other alterations to its environmental conditions. All of the fungi I work with are derived from the same tissue starter and take on individual appearances due in great part to the conditions they have been grown within." 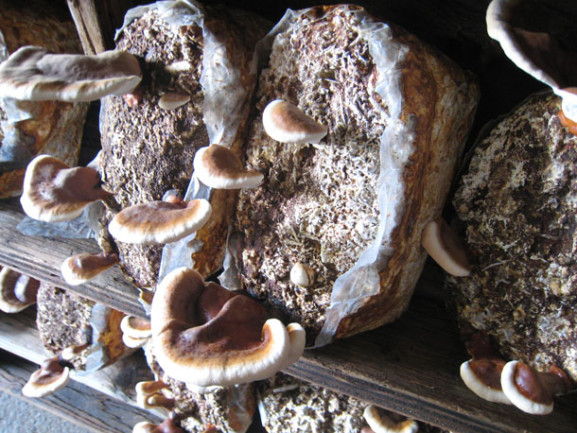 "Organic reishi fungus (Ganoderma lucidum) growing at the Far West Fungi farm in Monterey, California. Reishi are valued in Traditional Chinese Medicine for helping with both regulatory and immunological functions of the body." 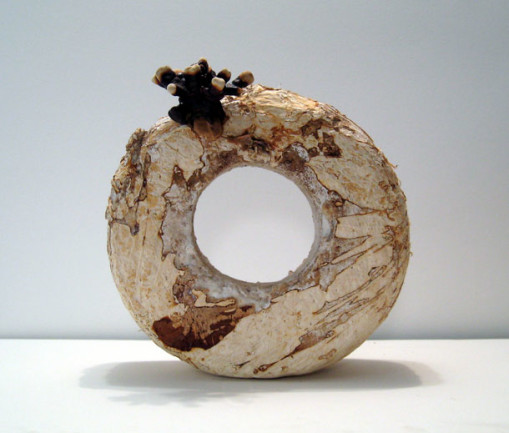 "From the Pure Culture series, 1997-present. 10” x 10” x10”. The body of the fungus will solidify into any molded form, much the same as plaster or cement. The binding qualities are due to the inherent nature of the fungal cells to join together into dense interwoven networks." 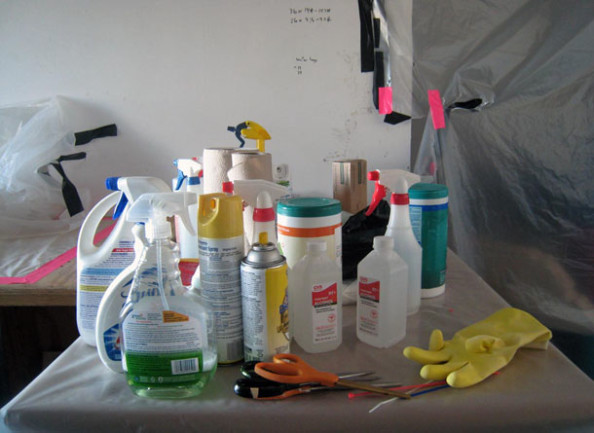 "A vigilant attention to cleanliness is the most important aspect of growing mushrooms, more so than any particular type of instrument or equipment."